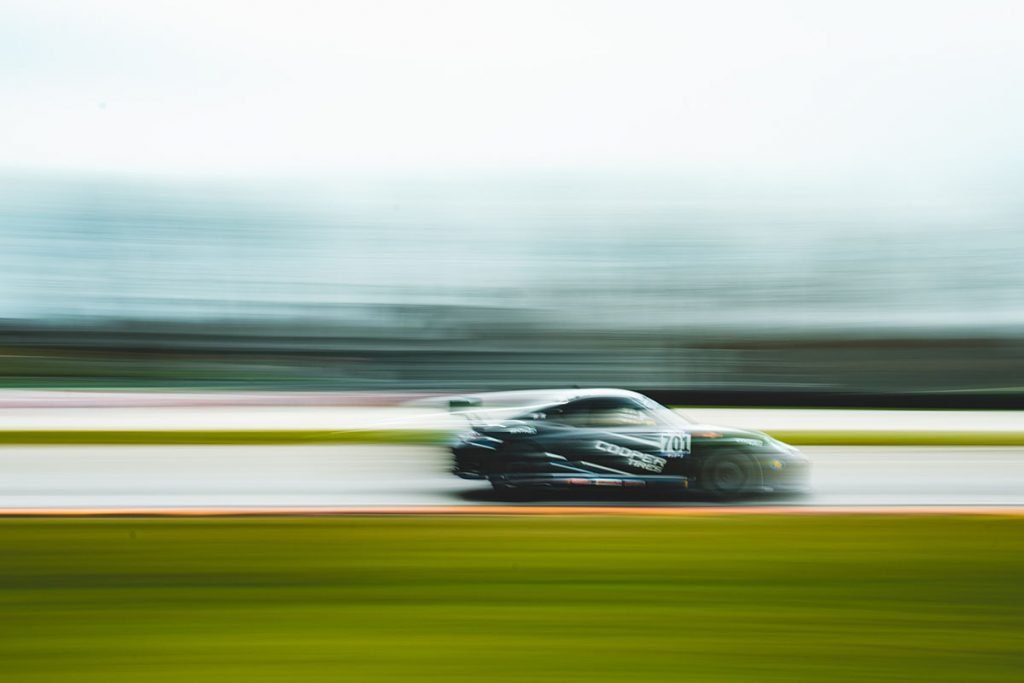 Keeping up with their busy 2022 schedule, Ping Racing’s Zack Ping traveled to Elkhart Lake, Wisconsin this past weekend. Competing at the picturesque Road America facility in the World Racing League (WRL) event, Ping helped pilot a Round 3 Racing prepared Porsche to a podium result on Sunday after a disappointing end to Saturday’s race proceedings.

With a practice day on Friday, Ping would compete in a pair of eight-hour endurance style races over the weekend. Dubbed the 8 + 8, Zack Ping and his team would have the opportunity to be on track for 16 hours of wheel-to-wheel competition in their quest for race wins and podium results at the 4.048-mile, 14-turn facility.

“We had a good start to the weekend as practice went well and we had decent pace,” expressed Ping. “Unfortunately, we would only have a short chance to prove that pace on Saturday as we were forced to retire early.”

Competing only seventy-three laps on Saturday and classified near the bottom of the results sheets, Ping and his co-drivers returned Sunday with a vengeance. A second eight-hour race on the weekend provided them with an opportunity to put Saturday’s result behind them, and they did just that closing the weekend with a podium result. Working hard to stay at the pointy end of the GP1 class, Ping earned a podium result finishing second in class and 13th overall in the massive 63-car World Racing League field.

Ping added, “I made a mistake Saturday that cost the team.  The team at Round 3 Racing is top notch and my hats off to them for getting the car back together and in great shape for Sunday’s race.  I was determined Sunday to do my best, drove from 11th to second and took care of the equipment in the middle of the race to hand over to my teammate who drove exceptionally well.  To return on Sunday and stand on the podium is just a great result for the whole team. We had a fast car, and the team has continually proved that they have what it takes to have a reliable piece over these long endurance races. I am looking forward to seeing how we stack up at our next event in June at the Daytona International Speedway.”

As the brother duo of Zack and Noah Ping continue to crisscross their way around the country, both drivers will be back on track in the very near future. While Zack Ping will need to wait until the June 9-11 weekend before he sees the high banks of the Daytona International Speedway, brother Noah Ping will compete at Road America over the May 19-22 weekend in the second event weekend of the F4 United States Championship Powered by Honda.