WIN AND PODIUM FOR TEAM BENIK AT USPKS FINALE 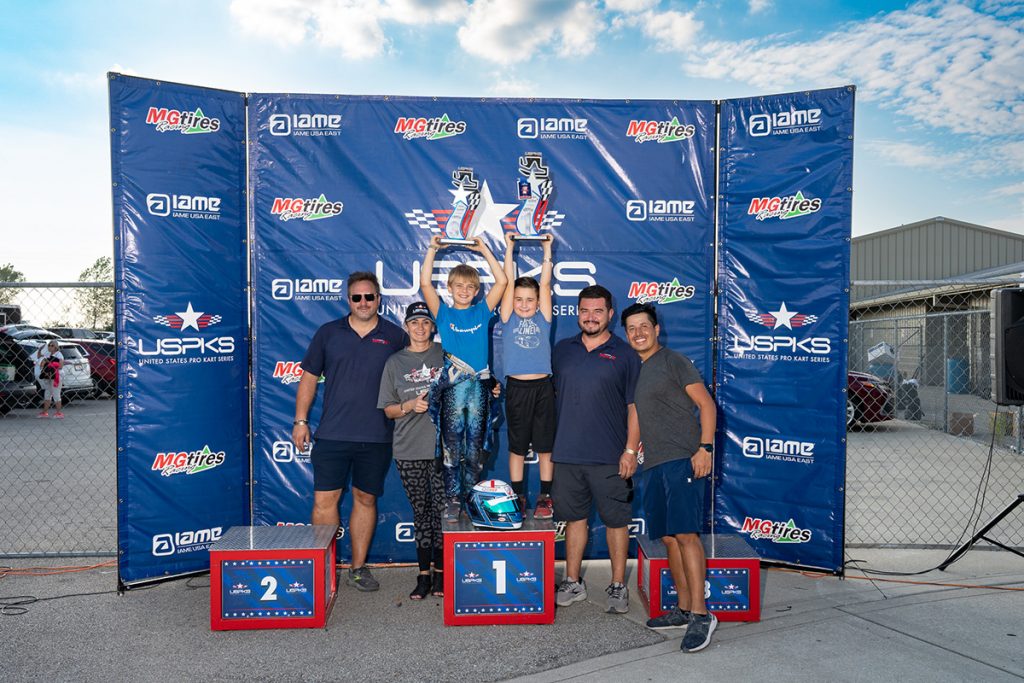 Back at the New Castle Motorsports Park (NCMP) facility, the sight of many race wins for Team Benik in the past, a pair of drivers found their way to the United States Pro Kart Series (USPKS) podium during the 2022 finale weekend. Royce Vega was able to secure the Micro Swift win on Saturday while Kai Johnson was able to climb on the podium at the conclusion of Saturday and Sunday’s Mini Swift final. 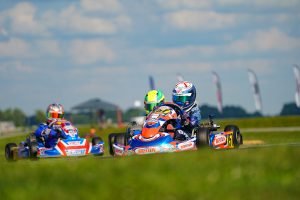 Kicking the weekend off with a pair of practice days on Thursday and Friday, the first official day of competition came Saturday with qualifying following the short morning warmup. Royce Vega took to the ultra-fast New Castle Motorsports Park layout pushing his Team Benik entry to a sixth-place result but that was the only session on the day that he did not end up on top. Starting on the outside of row six, Vega drove to the front of the field to take the prefinal win and pole position for the main event. As the fastest driver on track and proving he was the one to beat, Vega took control of the main event early and managed the pace. As the first driver to reach the checkered flag, Royce Vega grabbed another victory for both him and Team Benik as he celebrated on the podium.

Returning to the track Sunday, a fifth-place qualifying effort led to a second-place result in the prefinal and a front-row starting spot for the day’s main event. Moving to the point early, Vega was once again in control of the race until late race contact damaged his Benik chassis and forced him to retire from what could have been a second trip to the top step of the podium. 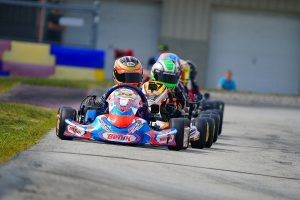 One division up, it was Kai Johnson who cemented his presence at the front of the Mini Swift field. After an eighth-place qualifying run on Saturday, Johnson improved throughout the day finishing sixth in the prefinal and third in the main event, scoring his first podium result of the weekend. Johnson jumped to the front of the field early and led much of the race. Leading throughout most of the final circuit, Johnson was passed by two competitors on the final lap in the final corner as he was unable to defend against the draft.

Sunday would see Johnson get that much-deserved second podium of the USPKS finale. Mired back in P12 after the morning qualifying session, Johnson moved forward two positions to the tenth position by the end of the short prefinal. Coming alive in the final USPKS main event of the season and showing the pace of his Team Benik machine, Kai Johnson claimed the third and final step on the podium and his second podium result of the weekend, along with the fastest lap in the main event.

“Good weekend for both Royce and Kai and with a little luck, I think we could have had three wins and four podiums,” explained Nick Mitchell. “Adding to our results resume is great, but it makes our drivers and us as a team, hungrier for more. Looking forward to our next event.” 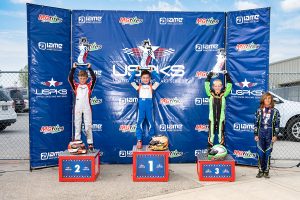 Looking to add drivers to their program for the remainder of 2022 and onwards into 2023, Team Benik has opportunities available.