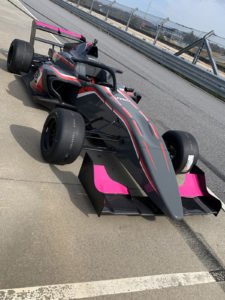 With the long off season finally coming to a close, Velocity Racing Development is set to enter three drivers in the 2019 F3 Americas season opener this weekend. Taking on the Barber Motorsports Park alongside the NTT IndyCar Series, Dominic Cicero, Mathias Soler-Obel and and a last minute driver swap to Parker Locke will take on the 16-turn, 2.38-mile picturesque facility in Birmingham, Alabama.

“We have completed countless laps in preseason testing and have been working really hard on our new F3 Ligiers,” explained Dan Mitchell. “We had a goal to complete a certain of mileage of testing in the offseason, and we have surpassed that. We have been able to fine tune and massage our VRD entries and should be contenders from the very first session.”

Growing in size from their inaugural season, the F3 Americas program will take the green flag on their 2019 season this weekend. Designed to be a transition point from the F4 United States Championship in the FIA ladder program, the Honda Powered series is quickly becoming the program of choice for drivers looking to make a career in motorsports.

Mitchell continued, “The F3 car is a proper racing machine. From the horsepower, to the aero package to everything in between, it allows engineers like myself to really get to work. At the end of the day, you need to have a driver that can pilot the car around the track, and I am confident that the three that we have in our VRD camp will turn heads this weekend.”

“Everything has come together so quickly. I am really excited to return to F3 Americas Championship for the opening race with VRD,” explained Parker Locke. “Team engineer and manager Dan Mitchell is very professional and has put together a great three-car program. I continue to be grateful to the Global Racing Group crew for jump-starting my racing career. Since the season F3 Americas finale, I’ve participated in the TRS Championship in New Zealand and competed on the Streets of St. Pete in Indy Pro 2000. My experience with GRG gave me the confidence to move ahead and advance in my racing career! I look forward to being back in the F3 car and reconnecting with the SCCA, my F3 friends and everyone else involved with the series!”

Velocity Racing Development came on to the scene in late 2018 with a pair of F4 cars at the Circuit of the Americas with Oliver Clarke and newly announced W Series driver Sabre Cook. Clarke will return to the VRD stable for his sophomore F4 United States Championship Powered by Honda season and will be a threat for the title in 2019. 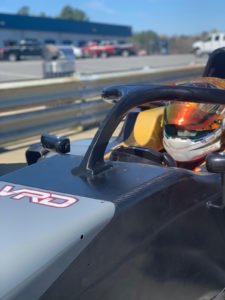 “We have one seat available in our F4 team and will look to fill that before the first event in three weeks’ time,” added Mitchell. “I think Oliver will challenge for the championship so we want to find a teammate that will be suitable to run alongside him as they push each other to get better throughout the year.”

VRD and their trio of drivers will take to the track on Thursday for a pair of Promoters Test Sessions before the standard two practice sessions on Friday. Saturday will see one qualifying session and the first wheel-to-wheel action of the season with race one while, race two will take place on Sunday morning, just ahead of the NTT IndyCar Series warmup.