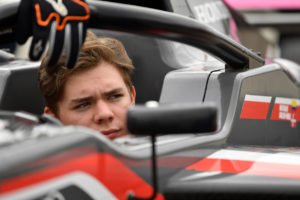 Heading north for the next rounds in the F3 Americas Championship Powered by Honda and F4 United States Championship Powered by Honda, Velocity Racing Development (VRD) will bring four drivers to Wampum, Pennsylvania. Taking on the 19-turn, 2.38-mile Pittsburgh International Race Complex road course, Dominic Cicero, Parker Locke and Mathias Soler-Obel will battle in F3 with Oliver Clarke aiming for the top step of the podium in F4. Hunter Yeany will make his team debut during the official test days with plans to compete in the complete series in 2020.

“We decided to get away from our home base at Atlanta Motorsports Park early,” explained Dan Mitchell. “We spent a few days last week testing at Autobahn with a few drivers, and we will take advantage of the series test this week in Pittsburgh. Gaining some experience on different tracks will continue to elevate our program on every level.”

Parker Locke is fresh off a podium result at the most recent F3 Americas event weekend at Road Atlanta while Dominic Cicero leads the F3 Masters Championship. Mathias Soler-Obel has proven to have the speed to compete at the front of the field courtesy of his pole position efforts to date in 2019, while in F4, Oliver Clarke scored a top-five result and a front row starting spot at his opening event weekend of 2019. 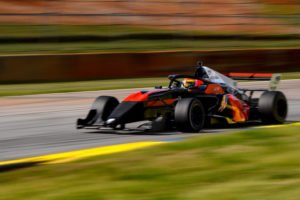 Mitchell continued, “Showing speed across the board, all of our drivers have run inside the top-five, claimed pole positions and or led laps. The speed has been there, but racing luck has not been on our side.”

Looking to change their luck this weekend, VRD will hit the track Tuesday and Wednesday for the series test before taking Thursday off to prepare cars for the race weekend. Friday will provide two more practice sessions for drivers before qualifying and race one on Saturday. Sunday will be the home of race two and three on the weekend. Stay tuned to the Velocity Racing Development’s social media pages for news, photos, results and information from the event.

Making his F4 United States Championship Powered by Honda debut, 14-year-old Hunter Yeany will take to the track in Pittsburgh. Currently too young to compete in an official series race weekend, Yeany will take advantage of the Tuesday and Wednesday test days to gain experience, be on track and compare himself to the F4 series regulars. 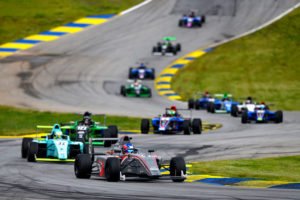