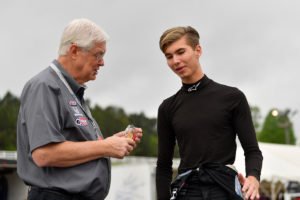 After scoring points in the first five events of the F3 Americas Powered by Honda season, Texas resident Parker Locke has inked a deal to complete the 2019 year with Velocity Racing Development. Sitting sixth in the season championship point standings on the strength of a podium result at the most recent event weekend at Road Atlanta, Locke is now focused on results as he looks to gain experience and fight for race wins and podium results for the remainder of the season.

“Parker has settled in well at VRD and he’s quickly become an integral part of the team, picking up our first ever podium last time out,” explained Velocity Racing Development’s Dan Mitchell. “It was important for us to obtain Parker’s signature for the 2019 season. With the testing we have planned and the people we have put in place in and around the team, I’m sure he will be a threat for the podium as we move forward throughout the season.”

“I am very excited to be joining VRD for the remainder of the F3 America’s championship!” exclaimed Locke. “We have shown some great speed together and have proven that we can fight at the front with our second place finish in Road Atlanta. We will continue to work hard to find more speed to be even stronger for the remaining events in this season!”

With experience in a variety of open-wheel formulas, Parker Locke entered the F4 United States Championship Powered by Honda in 2017, his first full season in cars. 2018 brought success for the young driver from San Antonio as he saw action in both F4 and the F3 Americas Powered by Honda. Competing in fifteen races in F4, Locke’s success came from his F3 events as he secured three podium results. 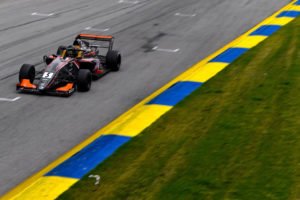 Unsure of his program in 2019, Locke traveled overseas to compete in the Toyota Racing Series in New Zealand. Utilizing the high-level program to prepare for his season back in the United States, Locke competed at the Grand Prix of St. Petersburg before making the switch to VRD and F3 Americas.

Mitchell continued, “Sitting sixth in the championship right now, Parker can be more aggressive in and around the championship contenders in his quest to build towards the top of the overall point standings.”

With the next event taking place June 21-23 at the Pittsburgh International Race Complex, Locke and VRD will participate in the series test June 18-19 at the same facility. With three races on the schedule that weekend, there are three opportunities to stand atop the podium in Pittsburgh.