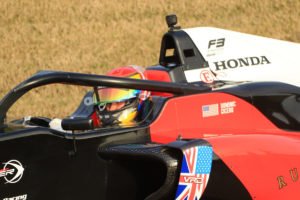 Taking on the rolling hills of Road Atlanta, Velocity Racing Development (VRD) will enter four drivers across two different series. With Dominic Cicero, Parker Locke and Mathias Soler-Obel returning for their second event weekend in F3 Americas, Oliver Clarke will fly the VRD colors in the opening round of the F4 United States Championship Powered by Honda as the Georgia based squad aims for the top step of the podium in their home event.

With increased F3 grids in 2019, the competition level is on the rise as well groomed drivers advancing from the F4 United States Championship Powered by Honda program level up into F3. With the upward progressions of both drivers and competition, VRD is increasing their focus to ensure their good level of performance is great with podiums and race wins the ultimate goal.

“Barber was ok for us as a team but not what we ultimately want,” explained Dan Mitchell. “To qualify second with Mathias was satisfactory but we need to improve as a team and ensure Parker and Dominic are at the sharp end of the grid as well. Global Racing Group did a great job and made it clear to us that we had a lot of work to do. Everybody in the team is working hard to ensure we achieve our goals at our home event.”

With the kickoff to the 2019 F3 Americas powered by Honda series less than two weeks ago at Barber Motorsports Park, the F4 side of the growing SCCA sanctioned series in the United States will take the green for their first event of the season. Oliver Clarke, who debuted in the series in 2018 and with VRD later on in the year, is looking to springboard his success from the final round of ’18 onwards into the 2019 season. 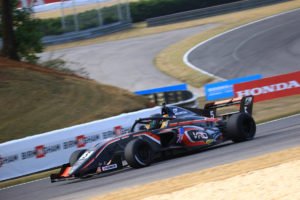 “It’s great to have Oliver back on the F4 side of VRD after his great showing at the Circuit of the Americas at the end of 2018,” added Mitchell. “F4 is important to us, and is a great platform to develop front running F3 drivers and the grid is stacked with talent. Oliver will be tasked with qualifying within the top-six alongside staying out of trouble during the races. Consistency will be the key to this year’s F4 champion.”

The F3 and F4 drivers will all take part in a Promoters Test Day on Wednesday with official practice taking place on Thursday. Qualifying and the first of three wheel-to-wheel races will commence on Friday with two more races for each series happening throughout the day on Saturday. Stay tuned to the Velocity Racing Development social media pages for news, information, photos and results from the event at Road Atlanta.