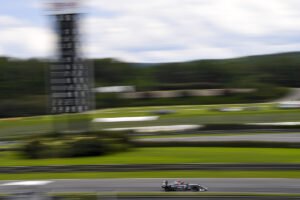 Always striving to stand atop the podium and train their drivers against the best competition possible, Velocity Racing Development (VRD) has committed to and is looking forward to the 2020 / 2021 YACademy Winter Series. Taking part in the inaugural program earlier this year, VRD will look to bring a crop of new and returning drivers to the growing Winter Series program as they look forward towards the 2021 season.

“We are halfway into our 2020 racing calendar, but the best teams never get ahead by looking in the rear-view mirror,” explained Team Boss Dan Mitchell. “Gustavo (Yacaman) and his crew at the YACademy Winter Series did a tremendous job in putting all of our rookie drivers through the paces and that helped with our first national event of the season. We will focus on days and days of testing through the winter months before getting back into the racing action in February with Gustavo’s efforts.”

The all-rookie F4 United States Championship Powered by Honda team has had great success this season including multiple race wins, podium results and with all drivers finishing in the top-ten in several races this year. Hunter Yeany, who has scored race wins at the Mid-Ohio Sports Car Course, Virginia International Raceway and Barber Motorsports Park, leads the Atlanta Motorsports based program as the current Championship point leader.

“From the standing starts to the planned yellow flag and safety car period to the restarts, the entire set of events at the YACademy program was well thought out and planned,” added Mitchell. “Combining several different open wheel series in test days leading up to the championship decreased the costs for all involved, a valuable benefit to the overall program.”

“VRD’s support in the first ever YACademy Winter Series in 2019/2020 was invaluable. Now, for 2020/2021 having them commit this early is very humbling for myself and the whole YACademy staff,” expressed Gustavo Yacaman. “It means we did things the correct way right off the bat. We are already working with sponsors and partners to take the 2020-21 Winter Series to the next level, including LIVE streaming with FanRacing.live. We are working hard on the background and keeping up with our “graduates” and supporting them through the season any way we can. We look forward to more big teams, as well as the smaller ones, to join the Winter Series for the coming season and we welcome rookies and veterans alike.”

The 2020/2021 YACademy Winter Series will commence in December with four days of testing between Sebring Raceway and the Homestead-Miami Speedway before a two event, six race championship will take place at the same venues in February of 2021.