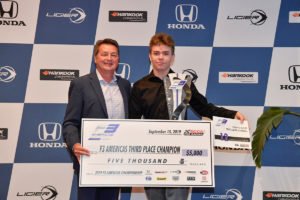 Closing the 2019 F3 Americas Powered by Honda season this past weekend at the Sebring International Raceway, Velocity Racing Development added another podium result and six top-ten finishes en route to finishing second in the Team Championship. Mathias Soler-Obel scored his sixth podium in the last eight races while team newcomer Ryan MacDermid had a spirited drive in Sunday’s third and final race to finish seventh.

“Mathias drove incredibly well all weekend and finished third in Saturday’s first race. In race two he crossed the line in fourth, and he was looking good for another podium result in race three before a part failure took him out of contention,” explained Dan Mitchell. “Parker Locke showed pace leading into the weekend, but bad luck hindered his process. Switching to the F3 Americas program earlier in the year, Parker utilized the 2019 as a year of development, growth and learning as a driver.”

F4 United States Championship driver Michael d’Orlando had a trying weekend after an incident in race two ruined any chance of a good result. Ryan MacDermid, who joined VRD the week of the event, scored a top-ten result in qualifying and a 12th place finish in race one. A late race spin on a damp but drying track in race two resulted in a poor result, but the Canadian driver made up for it in race three. 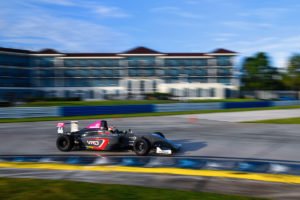 Mitchell continued, “Ryan had an issue and went back to 21st in race three. With two laps remaining and running in the 14th position, MacDermid committed to an aggressive approach and marched his way forward. With several out braking maneuvers and pushing his VRD machine to the limit, Ryan crossed the line in the seventh position. Now with one weekend under our belts together, I think our results at the final round of the season will be greatly improved.”

Following the event, the F3 Americas Powered by Honda had their season ending awards banquet where hundreds of thousands of dollars were awarded. Mathias Soler-Obel was awarded Most Improved driver of 2019, claimed the third position in the driver’s championship as well as claimed 12 super license points. With six podiums over the course of the season, Soler-Obel was a major player in helping the VRD program climb to second in the overall team championship. Congratulations to series champion Dakota Dickerson who received an LMP3 ride in 2020 and more than $100,000 in awards and prizes.

“Mathias is valued member of VRD and his constant improvement over the course of the season is something that did not go unnoticed,” added Mitchell. “The words ‘Racing’ and ‘Development’ are in our team name for a reason, and we are happy that we were able to do both with Mathias. He has a very bright future in the world of motorsports.”

Velocity Racing Development will be back on track at the famed Circuit of the Americas in Austin, Texas in just over six weeks’ time. Competing alongside the Formula One World Championship, Michael d’Orlando and Ryan MacDermid will have their sights set high in Texas. 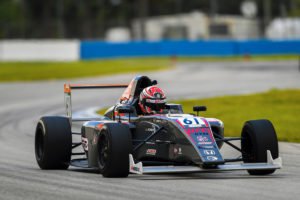