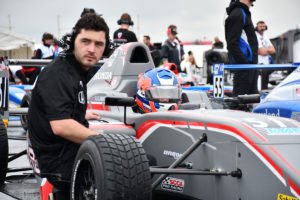 Returning to the F4 United States Championship Powered by Honda, Velocity Racing Development (VRD) has acquired the services of British racer Oliver Clarke. Set to compete in the complete 2019 schedule, Clarke will lead a pair of F4 entries as he and VRD have their goals set for race wins, podium results and the overall championship.

“I have known Oliver for many years and he’s always been super quick and has bags of talent,” expressed Daniel Mitchell, VRD Team Manager. “A second year in the United States F4 program was the best decision for Oliver’s 2019 season and is the right choice to advance his racing career. He improved so much during the last two rounds of his 2018 campaign that he really did not want the season to end. The goal for 2019 is simple, to win.”

“We will utilize all of our resources to give Oliver the best possible chance at success this season,” added Mitchell. “We are still working towards filling our second F4 seat, and that process is about finding the best possible teammate for Oliver and our 2019 campaign.”

Clarke, who now has representation from Fewkes Sport Management, has secured a fresh new commercial platform to further enhance his racing profile and is extremely excited to see his plans come to fruition both on and off the track in the year ahead. 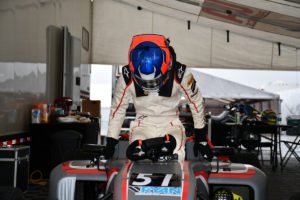 Possessing raw ability and natural talent, the results necessary to have a breakout season are on the horizon and VRD, Daniel Mitchell and Oliver Clarke are hoping 2019 is a successful year.

“I’m delighted to confirm my plans with Velocity Racing Development for the upcoming 2019 F4 United States Championship,” said Clarke. “Our showing together in COTA certainly proved to me that I didn’t want to be anywhere else for my second season.”

“With VRD comes a lot of experience in Daniel Mitchell and the team is currently going from strength to strength. I’m confident that our previous relationship formed at COTA will help us challenge at the front.”