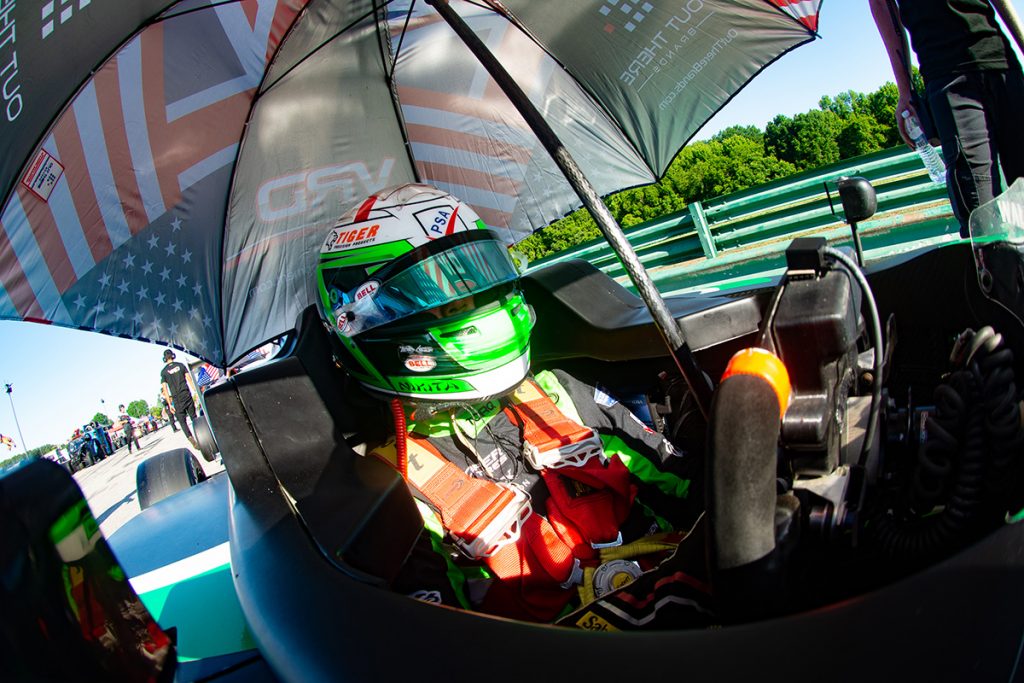 With the success in the Cooper Tires USF2000 Championship at the famed Indianapolis Motor Speedway two weeks ago, VRD Racing has added Nikita Johnson to their growing program. Already a competitor in the USF Juniors category, Johnson will double up his efforts for the rest of the season and compete in both programs in the search for race wins and podium results.

“It was our intention all along to have Nikita in USF2000, but age restrictions forced him to the Juniors program to start,” expressed VRD Racing’s Dan Mitchell. “He is gaining experience but proving his speed, so a step up in class and competition will only increase his learning curve and make him a better driver and racer in the future.”

Commencing at Road America over the June 10-13 weekend, Johnson will make his Cooper Tires USF2000 Championship debut at the 4.104-mile, 14-turn road course in Elkhart Lake, Wisconsin. With VRD Racing having success there two weeks ago in their F4 United States Championship efforts including race wins and multiple podiums, Johnson will look to continue the team’s success and momentum in The Dairy State.

Mitchell added, “Nikita will not be the only new member to the VRD Racing family at Road America. We have another driver who will join us for the rest of the season as we will look to build upon both competitors’ programs and make a run for the series championship in 2023.”

With recent success including a triple win and weekend sweep in USF2000 competition in Indy along with their connection to Arden Motorsport in Europe, VRD Racing has quickly rocketed to one of the favorites to stand atop the podium at Road America.