TYLER MAXSON LOOKING FOR MORE THAN THE POLE POSITION AT SEBRING 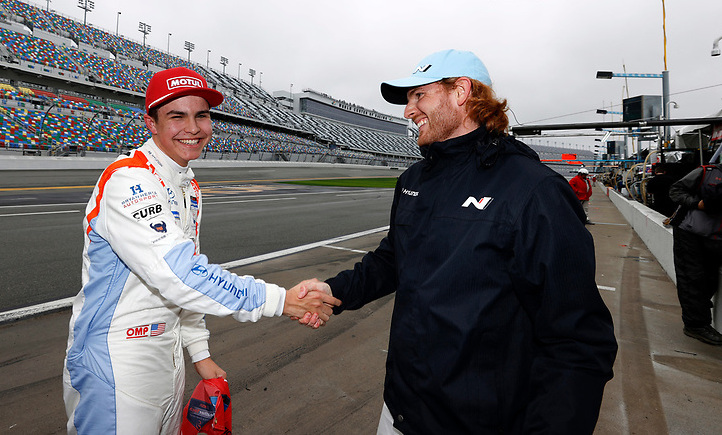 With more than a six week hiatus since the opening round of the IMSA Michelin Pilot Challenge and this coming week’s event at the Sebring International Raceway, Bryan Herta Autosport (BHA) with Curb Agagjanian driver Tyler Maxson is anxious to get back on track. After earning the pole position in his team debut, bad luck in the race hindered the chance of a podium result but Sebring provides new opportunities to show the speed of his Hyundai Elantra N TCR.

“I am ready to get back going again after the good test we had at Sebring a few weeks ago,” explained Tyler Maxson. “I think we showed great pace in Daytona but just had some bad luck. We learned a little bit more about our Hyundai Elantra in the most recent test which will make us stronger come race time. Sebring is obviously one of the bumpier, if not the bumpiest course we race at, so taking care of our equipment for the latter stages of the race will be key for success.”

In a BHA strategy call that saw Maxson use the slick Michelin tires compared to the wet weather compound that much of his competition used, Maxson dominated the round one qualifying session at the Daytona International Speedway. Despite the decision to roll the dice, Maxson and his co-driver Mason Filippi had shown speed and pace in the pre-event test sessions leading up to the first official qualifying session of 2022 and were solidly in the top-five throughout the week.

Maxson added, “Obviously qualifying was great and in the race, Mason and I ran in the top-five just going through the motions to make an attack at the end. Unfortunately, a part failure took a podium result away from us, but we are back and even hungrier than we were before.”

Testing at the Sebring facility a few weeks ago, Maxson and Filippi unveiled a new livery during two days of solid testing. Looking to take the experience and knowledge gained from that test into this week’s race, the duo has their goals set high for the #77 entry.

Tyler Maxson will hit the track during the Mobil 1 Twelve Hours of Sebring event at the Sebring International Raceway on Wednesday prior to the Alan Jay Automotive 120 on Thursday afternoon.