TYLER MAXSON DOUBLES UP ON TCA VICTORIES IN SONOMA 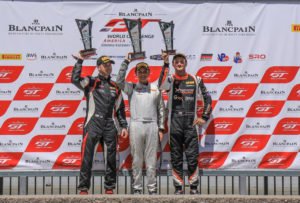 It was a race winning weekend for Tyler Maxson at Sonoma Raceway as the 14-year-old Georgia resident secured his first career TC America victory on Saturday, and followed up Sunday with his second win of the weekend. Competing in the TCA class behind the wheel of a Mazda MX-5 with the Copeland Motorsports squad, Maxson extended his Rookie of the Year point lead and added a pair of podium results to his growing results resume.

“What a great weekend in California,” explained Maxson. “We were able to spend the majority of the weekend near the top of the time charts pacing both practice sessions as well as scoring the pole position in qualifying. Race one will be very memorable to me as it is my first win in TC America and something that I have been working towards since the start of the year.”

Competing in the TCA class, Maxson scored the pole position in Saturday morning qualifying, continuing his dominance from Friday’s practice sessions. In the combined class grid, the Copeland Motorsports driver lined up tenth overall, but controlled the TCA competition. Piloting his Mazda MX-5 #74 entry, Maxson secured a 4.975 second victory, his first of the season, and extended his point lead in the Rookie of the Year championship chase.

Back to the track Sunday for race two on the weekend, the grid would be set on Saturday’s race times and courtesy of his pace, lined up on the outside of the front row. Wasting no time, Maxson quickly jumped to the point and never looked back. In a race that included several caution periods, Maxson, the rookie, remained poised and in control, adding his second race win of the season. 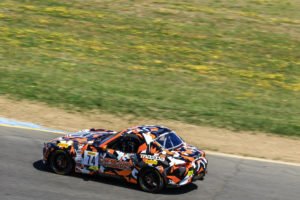 Maxson continued, “What a weekend! I really enjoy Sonoma Raceway and everything clicked this weekend. We took a big chunk out of the gap to the point lead in the overall championship, and I will be looking to carry this race winning momentum onwards throughout the rest of 2019.”

“Tyler drove exceptionally well and was on it all weekend,” added Dean Copeland of Copeland Motorsports. “He provided our team with two of our three race wins and really showed the strength of our Mazda program in the multi-brand class. I am confident that this will springboard into more wins throughout the season, and we can’t wait to help him along the way.”

Tyler will have very little time off as he will compete at the famed Road America June 14-16 for the SCCA Majors in a test program for the following weekend’s Battery Tender Global MX-5 Cup Presented by BF Goodrich Tires at the same facility.