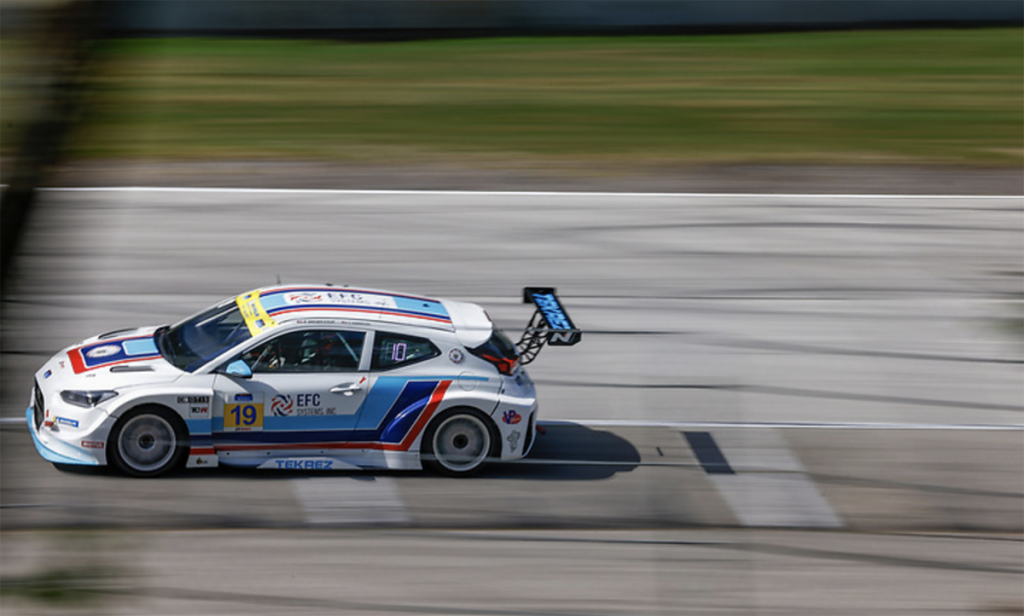 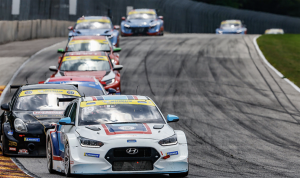 Showing speed in practice Thursday and Friday and carrying that over to Saturday morning, Gonzalez scored a third-place result in qualifying to start the four-hour race from inside row two later that day. Beginning the race behind the wheel, Gonzalez was able to make a quick jump up to P1 before having to make a pit stop for a flat tire. After a quick tire change from the Van Der Steur Racing team, Gonzalez was back out making quick work through the field. Taking advantage of some caution periods, the young American worked his way back to the point before the mandatory driver change.

Halfway through the race, Gonzalez was relieved of his driving duties by Van Der Steur who kept pace with the front of the field as his pace looked promising for a podium result. Leading his entire stint before making the second driver change back to Gonzalez in the latter stages, Van Der Steur showed his pace and prowess behind the wheel of the Hyundai Veloster N TCR machine. Gonzalez drove out of the pits in third before advancing up to the second position as he looked to take the #19 entry to the front and score their first win of the season. At that point in time, a mechanical failure occurred, and the Gonzalez / Van Der Steur entry was forced to the sideline.

“It’s an issue that has affected us in a few races now,” explained Gonzalez. “So, it’s something we definitely need to figure out before the next race. I think once we take care of that, we really can’t be stopped. Both Rory and I have had success moving through the field and showed a ton of speed so we’re looking forward to VIR in a few weeks, and hopeful for some redemption.”

Tyler Gonzalez will return to the track in three weeks at VIRginia International Raceway splitting his track time 50/50 between the Idemitsiu Mazda MX-5 Cup Presented by BF Goodrich program with Copeland Motorsports and the IMSA Michelin Pilot Challenge, returning with Rory Van Der Steur as a co-pilot for Van Der Steur Racing.