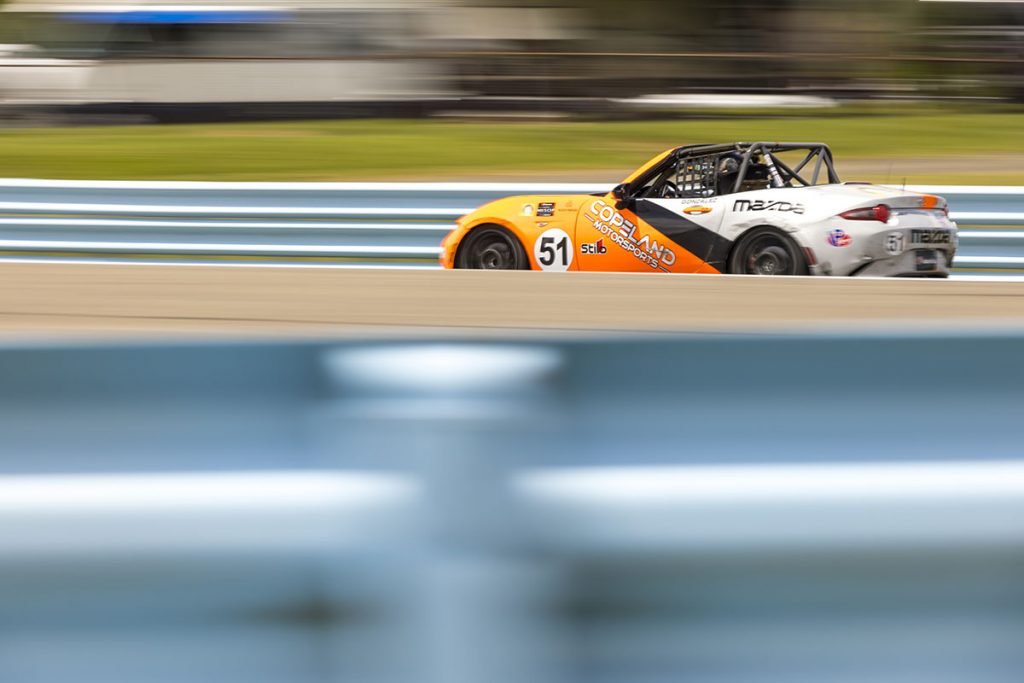 It was a weekend of highs and lows for Tyler Gonzalez at the tricky and challenging Watkins Glen International Raceway. Earning his second victory of the Idemitsu Mazda MX-5 Cup Presented by BF Goodrich season on Friday, Saturday was filled with disappointments as both his #51 Mazda and #19 Hyundai failed to complete the full race distance. 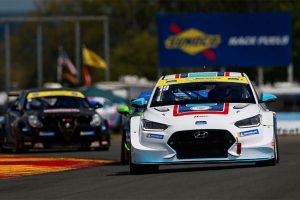 “It was great to get the win yesterday but today stings,” expressed Gonzalez. “A pair of DNFs is not what I was hoping for, but we will have another chance to stand atop the podium next week north of the border in Canada.”

Gonzalez’s weekend started off poorly but was immediately made right in the first race of the weekend. Failing to post a lap in the Michelin Pilot Challenge practice session on Thursday due to a clutch issue, Gonzalez returned to the track on Saturday as he and Rory Van Der Steur would qualifying their Hyundai Veloster N TCR in the seventh position. Ready to do battle during Saturday’s two-hour event, the #19 entry would start Saturday’s wheel-to-wheel racing from the inside of row four.

Prior to the Michelin Pilot Challenge qualifying session, Gonzalez topped the podium block as he drove forward from his 17th place starting position to earn his second Mazda MX-5 win of the season. Advancing forward from 17th to third in the first fifteen minutes and eventually taking the lead before losing it a lap later, Gonzalez received a warning from race officials due to some aggressive driving. Biding his time through several more caution periods, Gonzalez would move to second with seven minutes remaining and then to the lead two laps later. With a late race yellow for a crash, the race would end behind the pace car with Gonzalez earning the victory, his second of the season.

Looking to repeat the success in the second Mazda MX-5 Cup race of the weekend, Gonzalez became the victim of an avoidable contact call and was forced to complete a drive through penalty and eventually retired his #51 entry from the event.

Tyler Gonzalez will be back on track this coming weekend in Canada. Forced to miss the Idemitsu Mazda MX-5 Cup Presented by BF Goodrich event at Road America, Gonzalez will see action in the IMSA Michelin Pilot Challenge program with Van Der Steur Racing at the ultra-fast Canadian Tire Motorsports Park in Bowmanville, Ontario. Stay tuned to the Tyler Gonzalez social media pages for news, information, photos, and results from the event weekend.