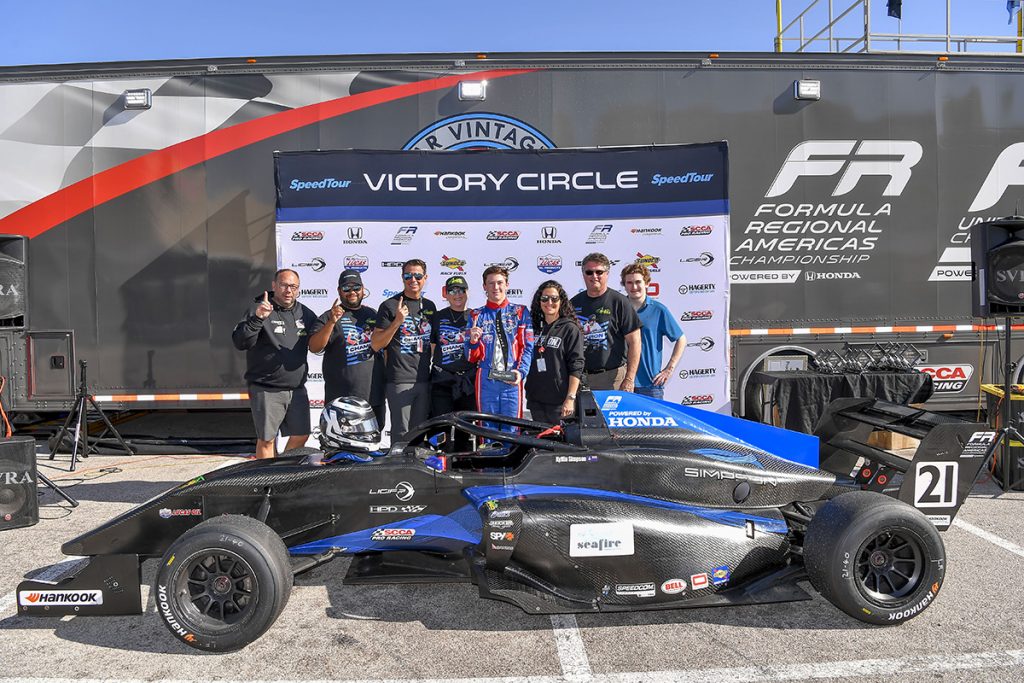 It was a history making weekend for TJ Speed as they did the unthinkable in their debut season. Claiming the Team Championship at the last event, TJ Speed’s Kyffin Simpson earned the Drivers Championship after scoring a pair of race wins this weekend. With two different drivers standing on the podium and three in the top-five, TJ Speed was the powerhouse team of the 2021 FR Americas Championship. 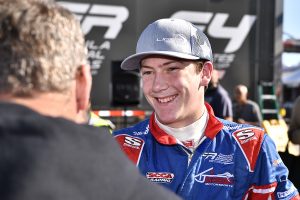 In Friday morning’s qualifying session, it was Simpson who stole the show and garnered the fastest lap of the session to take the race one pole position. As the championship leader and with the inside front row starting spot for the first wheel-to-wheel action of the weekend, momentum was on the side of Simpson to claim his first FR Championship. Varun Choksey would begin his quest for a podium result from the outside of row four as Baptiste Berthelot earned the 11th quickest time. Logan Cusson skipped the qualifying session as a ten-place grid penalty from the last race would be imposed for the first race this weekend so a strategy call to save tires was made by the TJ Speed engineering team. 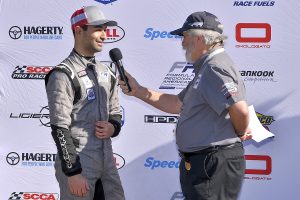 Starting shotgun on the field, Cusson was able to score TJ Speed’s best result of race one driving from 14th to fourth, just missing out on a podium result. Choksey maintained his P8 starting spot to finish eighth just ahead of teammate Berthelot who advanced forward two positions. Unfortunately, Simpson had contact in the first corner and finished 11th but that result, accompanied with his competition’s finishes, earned him the FR Americas Championship title with two races remaining. 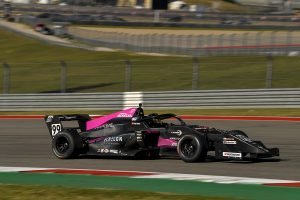 With the championship in the bag and a disappointing result in the first race of the weekend, Kyffin Simpson returned Saturday with a vengeance to take the win. Falling to second on the opening lap, Simpson regained the lead on lap four and never looked back. Scoring the fastest lap of the race, Simpson and TJ Speed earned another pole position for the final event of the weekend. Varun Choksey made it a one – two finish for TJ Speed as he was the best of the rest in race two to join Simpson on the podium while Logan Cusson crossed the line in seventh after running inside the top-three early. Unfortunately, Baptiste Berthelot had an issue on track and was eventually classified in the tenth position. 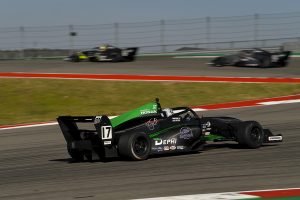 Doubling up his win total on the day, Simpson returned to the top step of the podium in race three as he held off the advances of a driver with significantly fresher tires. Simpson took the win to cap off an incredible season while Logan Cusson and Baptiste Berthelot put three TJ Speed drivers in the top-ten.

With the Team Championship and Driver Championship added to their resume, TJ Speed will begin working on their 2022 campaign this week.