TWO WINS AND EIGHT PODIUMS FOR CROSSLINK/KIWI MOTORSPORT IN FLORIDA 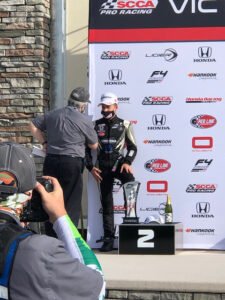 It was two wins and eight podiums in the two-week trek to Florida for the Crosslink/Kiwi Motorsport program with F4 United States Championship Powered by Honda front-runner Jose Blanco leading the way. With twenty top-ten results in the last two event weekends, every Kiwi Motorsport competitor scored at least one championship point in Florida.

Jose Blanco led the team with five top-five results in six races that included four podiums and two race wins. As one of the drivers to beat at the Homestead-Miami Speedway this past weekend, Blanco put on a masterful display of driving in both wet and dry weather action claiming victories in rounds thirteen and fourteen as well as a trip to the second step of the podium in round fifteen. A week prior at the Sebring International Raceway, Blanco was in the hunt for the win with a second-place finish in the first wheel-to-wheel action of the weekend before finishing fifth in the final event on track while he also secured the pole position in qualifying on Saturday morning. 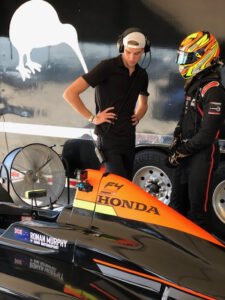 With similar pace to his teammate, Dylan Tavella secured three more podium results and five top-ten finishes over the two-week trip. With two second place performances in Sebring, the New Yorker returned to the track this past weekend in Homestead finishing third, seventh and seventh in the three on track races.

Spike Kohlbecker added one podium and three top-five finishes to the Kiwi Motorsport results sheet. Scoring only a fifth-place result in Sebring, Kohlbecker returned in Homestead with a vengeance and was at the pointy end of the field all weekend long. While his results do not replicate his true speed, Spike was in the hunt for podiums in all three races finishing fourth, third and sixth throughout the weekend and was the pole position winner in qualifying proving his outright pace. 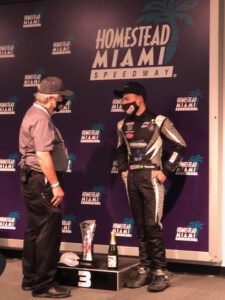 Ronan Murphy continued his steady improvement as he continues to gain experience in 2020. Garnering ninth and eighth place finishes in Sebring, Murphy continued his top-ten performance with an eighth-place result in Homestead as changing conditions all weekend long kept drivers on their toes.

Vincent Khristov, who competed in the F4 United States Championship Powered by Honda in 2017 and 2018, returned to the program in Florida. Competing with the Kiwi Motorsport effort in June at the Formula Pro USA Championship at Laguna Seca, Khristov remade his series debut in Sebring two weeks ago. Claiming a pair of top-ten results over the past two events, Khristov was able to get back to national level competition with the help of the Kiwi Motorsport crew. 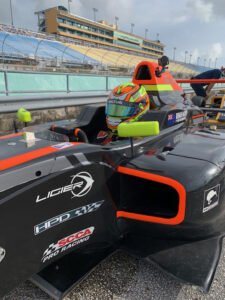 “What an incredible weekend I had with Kiwi Motorsport at Sebring,” added Khristov. “Two top-ten finishes my first time running with Kiwi Motorsport. Not to mention my best finishes in F4. They did an amazing job. Supporting me throughout the weekend and giving me a great car that’s ready to run up front every time!”

Varun Choksey showed good pace in the trip to Florida, but incidents no fault of his own forced him to the sidelines and out of the points on several occasions. With a ninth-place result in one of the six events, Varun will shift his focus to the Circuit of the Americas in a few weeks’ time.

“It was a long, but good trip to Florida,” explained Kiwi Motorsport’s Teena Larsen. “We left Florida leading the F4 Team Championship and look to secure that at the final event in Texas in a few weeks’ time.” 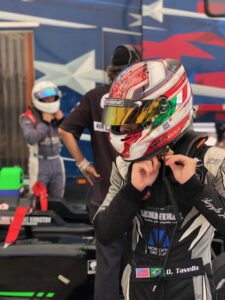 Crosslink/Kiwi Motorsport will return to the track over the October 23-25 at the Circuit of the Americas in Austin, Texas.