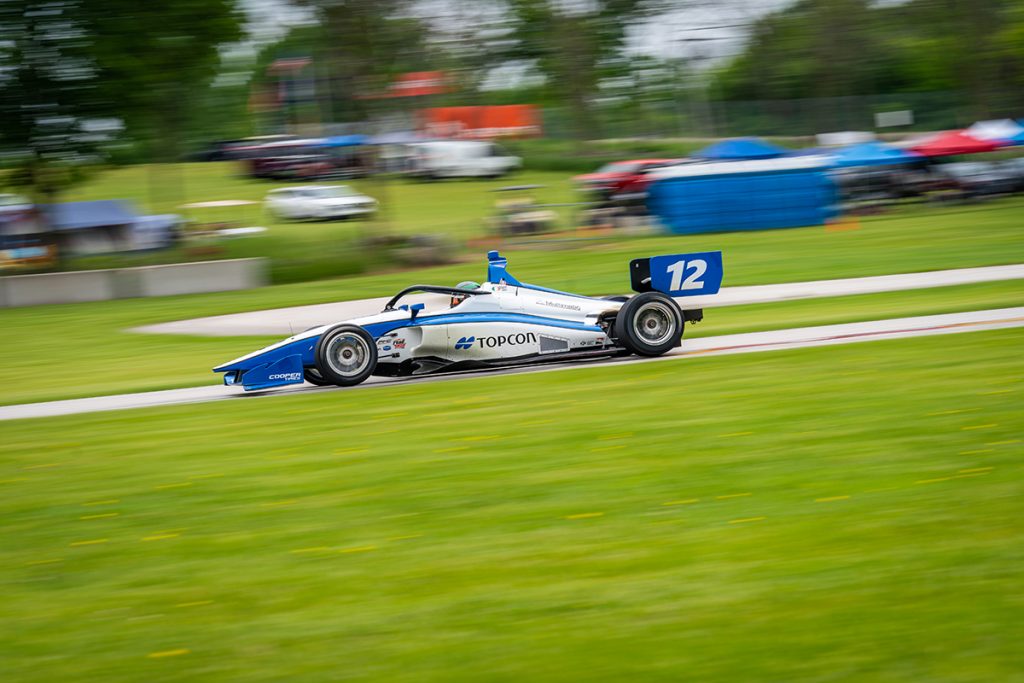 After four top-ten finishes in Detroit, TJ Speed, along with their drivers James Roe Jr. and Kyffin Simpson, were eager to keep the current success rolling in Elkhart Lake, Wisconsin for the Indy Lights Grand Prix at Road America. Taking on the 4.014-mile, 14-turn road course, the freshman team in the Indy Lights series seem to have found their stride at the start of the second half of the 2022 season. 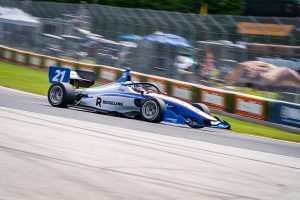 After being tire limited during the two practice sessions on Friday and Saturday morning and the single qualifying session on Saturday afternoon, the green flag flew early Sunday morning, waving the competing drivers on to the one and only race of the weekend. Simpson, who qualified eighth, was pushed towards the back closer to teammate James Roe after avoiding an opponent who ran off track. A full course yellow followed the incident with only a couple laps of green flag racing in between the next full course yellow.

An incident caused by another driver on lap ten destroyed the safety fence on the entry to turn five, causing the race to go to a full course caution and eventual red flag which stopped the proceedings. With fear of not being able to repair the fence before their allotted time was up, Indy Lights stewards decided to postpone the second half of the race until after the NTT INDYCAR Series race was completed.

Picking back up after the INDYCAR race had concluded, Roe restarted the second half of the race from ninth while Simpson began it in pit lane fixing damage assessed from the first half of the race. Soon after the restart, Simpson was speeding out of pit lane in P11. With a mainly green flag race for the second half, both Simpson and Roe were able to fight their way up two spots, landing them in seventh (Roe) and ninth (Simpson) when the checkered flag flew.

“That is six top-ten results in the past six races,” expressed TJ Speed’s Tim Neff. “We are slowly inching our way forward and hopefully in the coming events we will be able to score our season best finishes. Now we will shift our focus to an oval test before another road course race at Mid-Ohio.”

TJ Speed is looking forward to continuing their upward momentum as they head to Mid-Ohio Sports Car Course at the end of the month for the eighth round of the Indy Lights Championship. The race weekend commences Thursday, June 30th through Sunday, July 3rd. You can follow along on the TJ Speed social media pages on Facebook, Instagram, and Twitter.