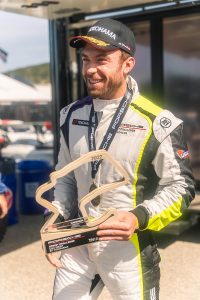 llenge USA West program. With three drivers competing in the 991 class, Black Sheep Racing earned a pair of podium results and left the first event weekend of the season hungrier than ever. 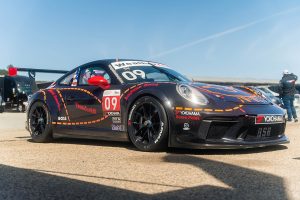 “It was a good weekend for the team, especially since it was a new program for us,” explained Team Owner Laura Ely. “We had some bad luck on a few occasions but in the end, did take home a pair of podium results with two different drivers.”

Piloting the Black Sheep Racing Porsche entries at Laguna Seca were Laura Ely in the #09 entry alongside Steve Ayers in the #30. Kenton King drove the #777 as all three showed speed and progress throughout the race weekend. 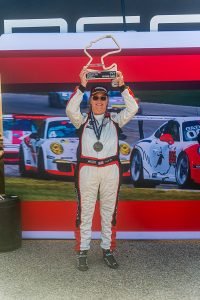 Progressing through the Thursday and Friday test days, Saturday presented Black Sheep Racing with two important on track sessions. Qualifying hit the track on Saturday morning and Ely would rise to

the top in the 991 division to earn the class pole position. Steven Ayers slotted into the fourth position as Kenton King ended up sixth putting all three Black Sheep Racing drivers in the top-six.

The first wheel-to-wheel racing of the season would take place on Saturday afternoon as King scored the team’s best results. Issues with Ely and Ayers opened the door for the rest of the 991 drivers to have a shot at standing on the podium and it was King who took full advantage driving forward to finish third. 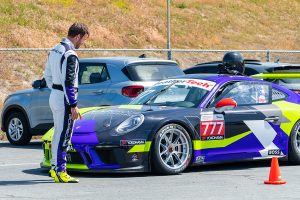 Sunday would see two Black Sheep Racing drivers end race two in the top-five as Laura Ely rebounded from a disappointing DNF on Saturday to claw her way back to the second step of the podium. As one of the fastest cars on track, Ely

will be a threat for race wins in future events. Ayers crossed the line in fourth to earn his first top-five of the season while Saturday’s podium winner Kenton King ended his weekend in eighth.

Ely added, “With the first weekend under our belts, we will now shift our focus to the next one. We know what we need to do and what we must focus on to get better. While this race weekend just ended, the next one has already begun.”

With very little time off before the next event, Black Sheep Racing will head back to the shop and get prepared for their April 15-17 weekend at Sonoma Raceway.

For more information on Black Sheep Racing and sponsorship opportunities, please contact Chris Stiffler at (330) 419-2445 or via email to Chris@BlackSheepRacing.org.