TWO PODIUMS, FAST LAPS AND A CHAMPIONSHIP FOR TEAM BENIK IN USPKS FINALE 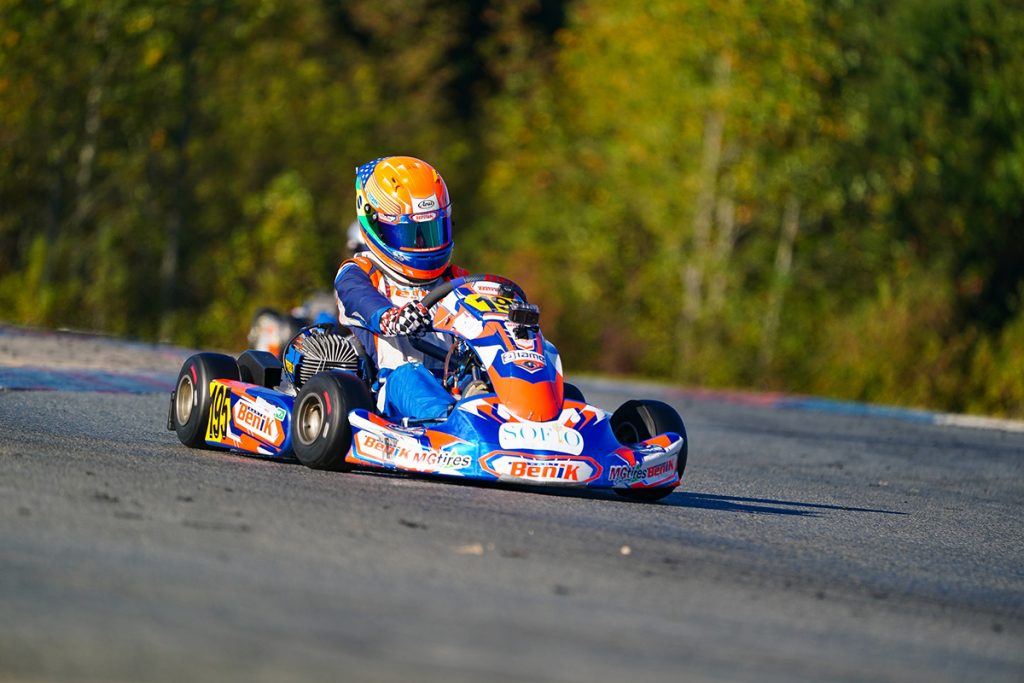 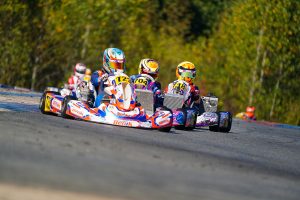 “Great weekend for Enzo as he was able to secure another championship this year,” explained Nick Mitchell. “There are a few more big races this season and the goal is to win them all. There are no points or championships, just titles that say you have won some of the biggest races in North America.”

After claiming a second-place podium result on Saturday, Vidmontiene put on a drive in Sunday’s main event to move from outside the top-ten to the third position en route to the fastest lap of the race. Securing the third step on the podium, Vidmontiene and Team Benik added another championship to their results resume. Fellow Team Benik Mini Swift competitor Beckham Toupikov crossed the line in P20 on Saturday and after starting in the 36th position in Sunday’s main event, Toupikov advanced forward twelve spots to the 24th position.

In the Micro Swift class, Royce Vega had one of his best performances of the year. Showing flashes of speed on Saturday in his 21st place result, Vega returned to the track Sunday and put his Team Benik machine on the outside of row two in qualifying. Gaining experience with some of the nation’s best Micro Swift competitors, Vega battled hard in the top-ten before eventually finishing in the 14th position.

Michael Costello put his Team Benik entry well inside the top-ten in the X30 Pro Junior class throughout the weekend. After a solid drive to the ninth position on Saturday, which included the fastest lap of the final, Costello narrowly missed the top-five on Sunday with an impressive run to sixth. Coming into his own late in the season, Costello will look to carry that momentum to close out the final two months of 2021 and onwards into 2022. 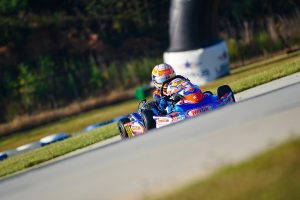 Mitchell added, “With USPKS now complete, we are aiming for our annual trips to Las Vegas for both the ROK Cup USA and Superkarts! USA events. We have a few positions available in our program for arrive and drive or tent and transport, but we are expecting they will fill up quick. Please contact me if interested.”

Next up for Team Benik is the ROK Cup USA ROK Vegas event November 3-7 at Planet Hollywood in Las Vegas, Nevada.