“We were hoping for some warm weather racing similar to Daytona in late December, but Jacksonville was all over the weather map throughout the course of the weekend,” said Bill McLaughlin Jr., co-owner of Top Kart USA. “Our team was able to adapt rather quickly and efficiently to the climate, having to stay consistent with setup changes as the track went from being cold and wet to warm and dry on any given session. This makes our results all the more impressive.” 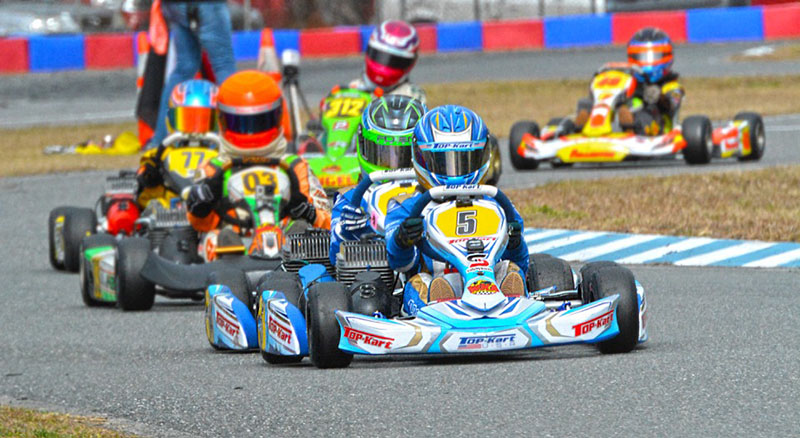 In Mini Swift, Benjamin Maier finished ninth on Saturday and improved to eighth on Sunday.

In Yamaha Sportsman, both Jason Welage and Kaden Wharff brought home wins for Top Kart USA. On Saturday, Welage started on pole, but crossed the line second behind Wharff. On Sunday, Wharff had pole position but finished fourth while Welage crossed the finish line in first place.

“What a great weekend for Kaden and Top Kart USA in Jacksonville,” said Matt Wharff, Kaden’s father. “Kaden’s Top Kart chassis was on rails and we couldn’t be more happy with his first national win on Top Kart. Being under the tent with Top Kart is so beneficial, because national level racing brings tough competition.” 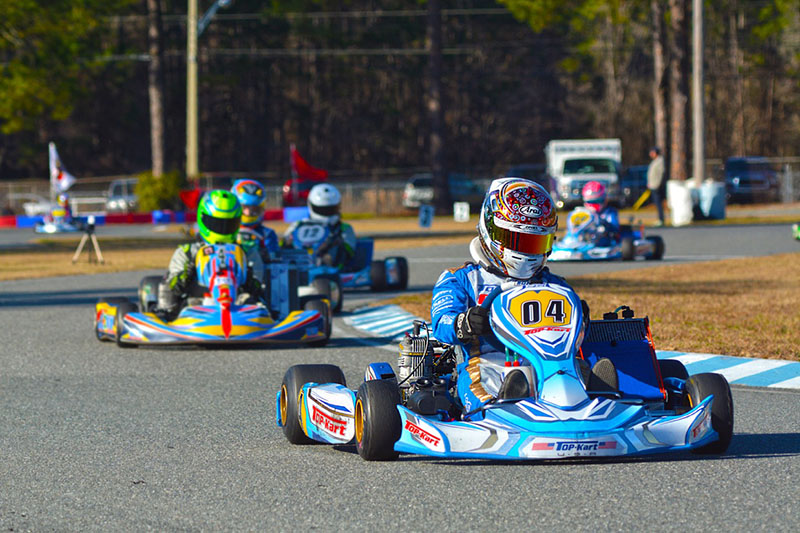 In IAME Pro Senior, Jonathan Kotyk started on the pole for Saturday’s race and finished in fifth place. He would bring home a tenth place finish on Sunday. Teammate Dakota Pesek finished in sixth place, just behind Kotyk, on Saturday and in seventh on Sunday. Abby McLaughlin was consistent all weekend, bringing home tenth and eleventh place finishes while Austin Schulz showed well for the Top Kart brand.

In Pro Swift Sportsman, Jason Welage dominated much of the weekend’s events. He qualified on pole for Saturday’s race and finished second. On Sunday, he started on pole and never looked back, winning the race. Teammate Connor Ferris gave Welage a run for his money, taking the win on Saturday and finishing second on Sunday. Jamie Newton brought home eighth and eleventh place finishes. Kaden Wharff finished tenth on Saturday, improving to a fourth place finish on Sunday.

“This was just my second WKA national event ever, and I am super happy with my results,” said Walters. “We unloaded my Top Kart on Friday at 103rd Street Sports Complex in Jacksonville, Florida and it was fast. We kept this momentum going through the weekend and finished with near perfect results.”