“With two fantastic weeks of racing in the books, we have brought home another eight wins between Route 66 and USPKS events in Shawano,” stated Blake Deister, co-owner of Top Kart USA. “We are so proud of our teams and the drivers involved with Top Kart USA. We thank them for the effort they put in week in and week out throughout the season!” 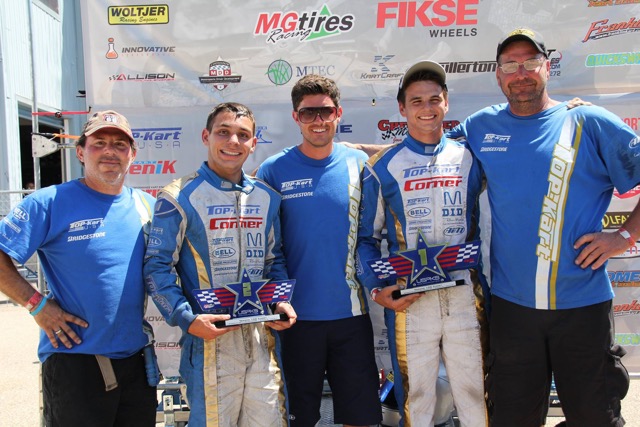 In Yamaha Senior, Top Kart USA drivers had a rough weekend. Abby McLaughlin was unable to finish either of the weekend’s races. Teammate Jonathan Yobaggy scored a DNF on Saturday and improved to eighth on Sunday. 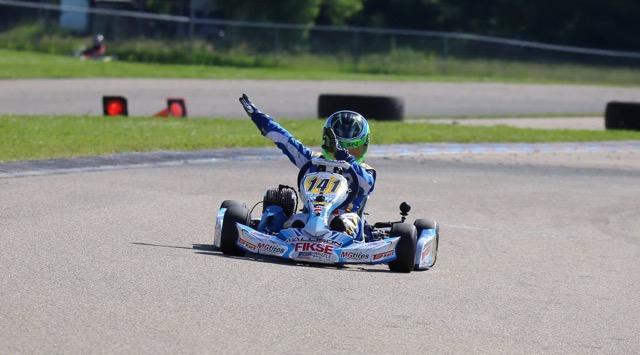 The following weekend, during USPKS competition, Dakota Pesek once again dominated. He won both of the weekend’s races in Yamaha Senior Pro. Teammate Alexander Kardashian brought home fourth and second place finishes. Cayla Chapman was 11th on Saturday and failed to finish on Sunday. Kardashian, with his inspiring efforts, had raced in every position within the top-five during the final for Yamaha Senior. Leading the first quarter of the race, drivers began to use the draft to their advantage and make passes which put him to fifth by halfway point. Staying positive and learning the other drivers’ mistakes, he was able to make his way back up to second by the last lap and contend for the win with teammate Dakota Pesek on the last corner but wanted to bring home a 1-2 finish for Team Top Kart USA.

“These past two weekends I was fortunate enough to be able to race both Route 66 and USPKS at the famous USA International Raceway,” said Pesek. “I couldn’t have asked for two better race weekends. We had the Top Kart chassis tuned perfectly both weekends and we were able to sweep all four finals and also pick up a pole position in qualifying, which keeps us in the top spot for the championship. With Team Top Kart USA giving their nonstop support and Woltjer Engines to power the chassis, it makes for a great combination to help me achieve our goals and win championships!” 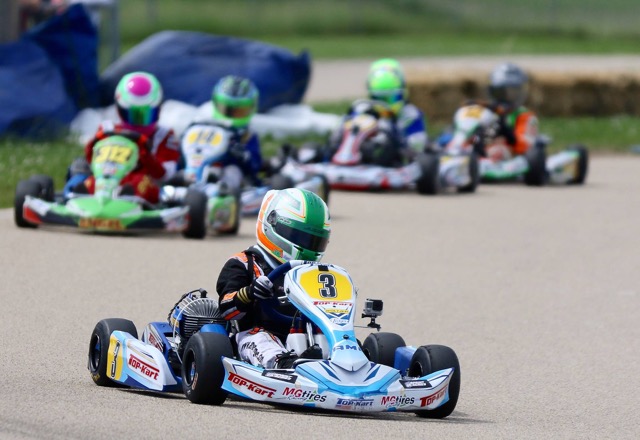 “Things appear to be coming together for Gray and myself,” said Steve Leadbetter, Gray’s father. “We are finally having the kind of fun that I hoped karting would provide. We recently switched to the Top Kart Blue Eagle and it has made all the difference. Now we are able to focus on Gray’s driving and make small adjustments to the kart, which has been fast right out of the box. Gray hasn’t reached her goals yet, but with our newly formed program with Top Kart, she is confident that the wins are right around the corner.”

In Yamaha Junior, Dalton Peak finished 13th on Saturday and improved to tenth on Sunday while in IAME Swift Rookie, Eli Trull brought home a third place finish on Sunday.

“Last weekend at United States Pro Kart Series we had the opportunity to run a brand new Top Kart. Our experience was great and Zach felt very comfortable in it,” said Joe Collins, Zach’s father. “The support we had under the tent was fantastic, everyone from the Top Kart USA team was very helpful and making sure he was set up correctly. Thank you Top Kart USA for making this happen.”

“The past two weekends of racing in Shawano, Wisconsin, were amazing. The Top Kart team brought its A-game to both Route 66 and USPKS,” said Matt Wharff, Kaden’s dad. “Kaden was able to not only get all four poles over both weekends but also win all the heats and features. Every win is a huge compliment to the Top Kart team and Allison Racing engines. All the work that’s put into beating the best drivers in the nation is nothing short of hard work. We plan to dig deeper and work harder for the next event as we know our competition is doing the same. When you have the best engines and chassis in the business it just makes our job a little easier. Hands down Kaden has the best track support in the business!”