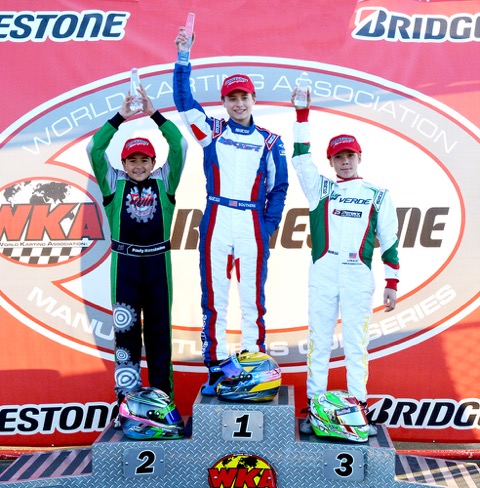 “What another fantastic weekend we have had at GoPro Motorplex in North Carolina,” said Blake Deister, co-owner of Top Kart USA. “I am very pleased with the results and momentum we have moving forward to the rest of the season, not only for the WKA Man Cup Series, as we are leading many class points championships at the moment, but also to continue these same results at other national level series we will be attending through the year. My hat is off to all of the Top Kart drivers and families for your hard work to put great results on the board.”

In the Kid Kart class, Top Kart’s Tristan Young brought home a win on Saturday and a ninth place finish on Sunday. Teammate Ayrton Grimm finished second on Saturday and fourth on Sunday. His consistent results won him the combined weekend championship. Teammates Aubrey Adams and Karsyn Walters were also consistently fast, each posting a top-five and top-11 finish.

In Yamaha Sportsman, Top Kart’s Madison Campeau finished second in a photo finish on Saturday, due to transponder placement, after crossing the line first. Campeau finished fourth on Sunday. She finished second in the overall weekend championship. After an accident tore off his bumper on Saturday, forcing him to exit the track before the finish, Kaden Wharff came back to take the win on Sunday. Teammates Connor Ferris, Timothy Steele and Riley Erickson also showed promise all weekend, each posting at least one top-22 finish.

“We were so pleased with Maddie’s progress this weekend. She was consistently strong in Yamaha, and missing the win by .005 was disappointing, but it was such a great race,” said Michele Campeau. “We are very encouraged for the positive progress we made in Pro Swift, despite some motor issues, and we anticipate we will be as strong as with the Yamaha in the upcoming races.” 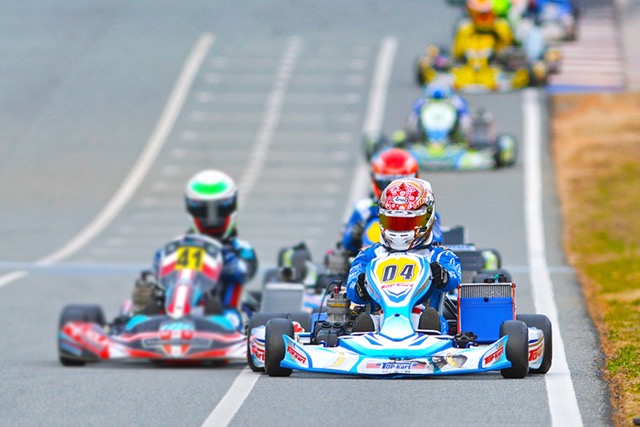 “It was a great weekend at GoPro Motorplex,” said Kotyk. “I enjoyed the strong competition, as many of the drivers had the pace to challenge for the top position, which made the racing exciting. We were also able to gain vital points this weekend and we have now moved into the championship lead in Pro IAME Senior.”

In Yamaha Junior, Tyler Ferris started on pole for Saturday’s race, but finished in 22nd position. He rebounded for a fifth place finish on Sunday. Teammate Pauly Massimino finished second on Saturday and took the win on Sunday, wrapping up the combined weekend championship with his consistent results. JP Southern Jr. won Saturday’s race but, unwilling to risk setting his rehabilitation back, sat out Sunday’s race following a flare-up of his injury. Marina Walters, Dalton Peak and Jacob Abel also brought home some strong results for the team.

“Our connection with the Top Kart team stayed fluid throughout JP Junior’s rehabilitation process. With the doctor’s approval, we decided together at the last minute to take him to Mooresville to see if he could get back into the seat with the goal of running a lap or two of practice,” said JP Southern Sr., JP Junior’s father. “After the first few laps of practice, we quickly realized that something special was possible. We all talked it over and worked together as a Top Kart family to give him the support he needed, and he handled the rest. Racing took away so much from all of us that cold morning in November and gave it back Saturday with something none of us will ever forget.” 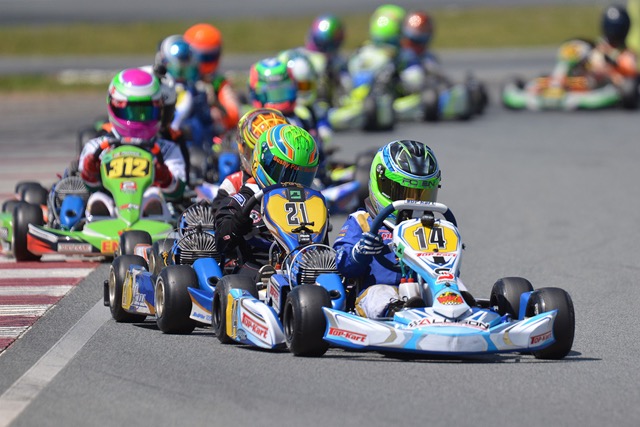 In Mini Swift, Sebastian Ng finished fourth on Saturday and qualified on pole for Sunday’s race, which he did not start. Julian Mills and Benjamin Maier also brought home strong finishes for the team all weekend.

“We are extremely proud to say we are part of the Top Kart USA family. We had a very successful weekend and would like to thank everyone at Top Kart USA for their continual support,” said Paul Massimino, Pauly’s father. “We would also like to thank Mike at Grand Products, Daniel at Woltjer Engines and Tim Shutt at TimmyTech. Tim Shutt is a great asset to our team. His tuning skills are on point and helps lead us to successful finishes at every event.”

“Watching the racing and seeing our results this season tells that our developmental process last season is paying off,” said Bill McLaughlin Jr., co-owner of Top Kart USA. “We have a winning chassis, to say the least, on any engine package. This is great motivation to continue our developments of the chassis for years to come. Our work never ends so that our customers’ winning experience never ends.”