Top Kart USA kicked off their 2017 season with great success at the first round of the World Karting Association (WKA) Manufacturers Cup. The race took place December 27-30, 2016 at Daytona International Speedway. The Top Kart squad brought home three wins and fourteen top-five podiums throughout the event, stacking their 2017 resume before the year even began.

During the week at Daytona, Top Kart drivers dominated the field in the Yamaha Senior class, taking the win both days. Marina Walters started off the event by securing the pole in day one qualifying. Alexander Kardashian took home the win for day one, with teammates Chris Slinden, Marina Walters, Carter Pease, and Josh Fierke securing the fourth through seventh place positions, respectively. Jeremy Fierke earned a top-ten finish, and Nate Dean and Cayla Chapman both finished in the top-15. On day two, Top Kart pilot Dakota Pesek took the win in the final, coming back from a DNF on day one. Kardashian and Josh Fierke joined him on the podium in the third and fourth positions. Slinden, Pease, Hughes, and Walters all had great runs, all finishing in the top-ten. Nate Dean and Jeremy Fierke earned top-15 finishes.

“This weekend was a really good weekend for us, driving on the new chassis and being able to test a few things,” says team driver Dakota Pesek. “Unfortunately on Saturday, we had some mechanical issues with the engine. On Sunday, we had the 2017 Twister rolling off the corners, which gave us an advantage to pull off the big win!”

In Pro Swift, Top Kart pilot Jamie Newton finished sixth in the day one final. Teammate Thomas Annunziata earned a 15th place finish for the day. Both Newton and Annunziata scored top-20 finishes on day two. Brewer Davis finished 31st on day one. He found the speed he needed on day two, improving to a top-15 finish for final. Ryan Eisele showed great speed and consistency all weekend, improving every session on track. 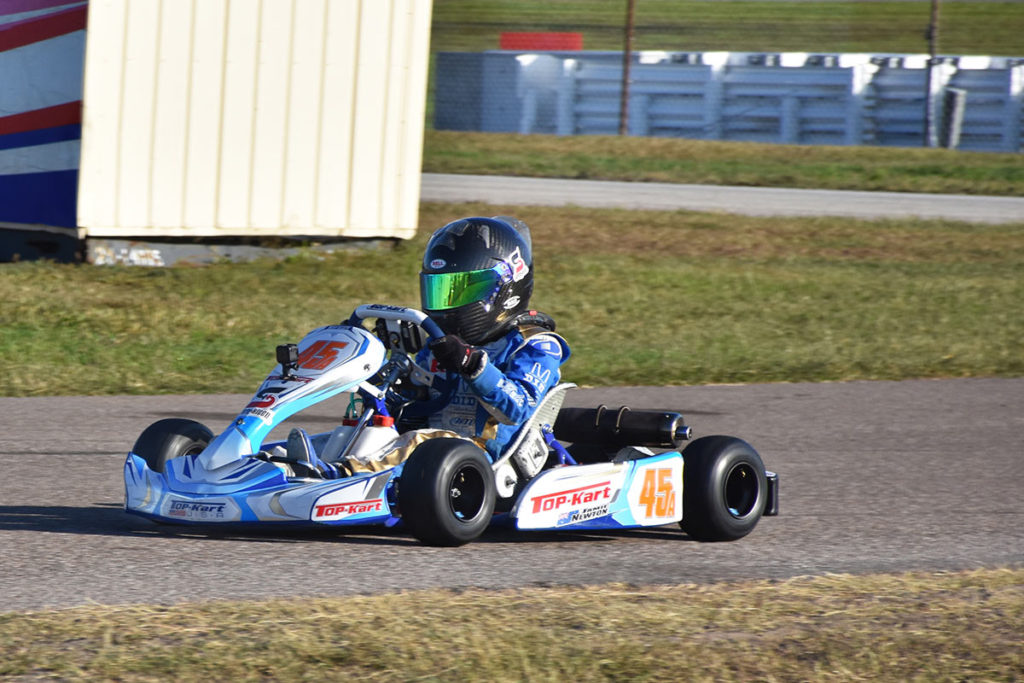 The Pro IAME Jr. category had six Top Kart USA drivers throwing their hats in the mix. On day one, Oliver Calvo and Pauly Massimino stood on the podium in fourth and fifth place. Kaden Wharff finished eighth in the day one final. Brothers Tyler and Conner Ferris finished in the 13th and 18th positions. On day two, Massimino took home the third spot in the final, with Calvo following in fourth. Conner Ferris earned a ninth place finish in the final, and teammate Wharff scored a 16th place finish. Jack Gerzabeck had great speed all weekend, finishing in the top-25 both days.

In Pro IAME Sr., Jonathan Kotyk stood on the podium both days, taking home a fifth place finish on day one and a second place finish on day two. Teammate Brandon Lemke finished in 12th on day one and was unable to start the final on day 2 due to mechanical issues. Alexander Kardashian scored a DNF on day one, coming back on day two to finish sixth in the final. Abby McLaughlin and Jonathan Yobbagy were competitive all weekend, both drivers earning top-20 finishes both days.

“We had a great weekend being on two brand new 2017 Twister chassis, one in Yamaha and one in IAME Sr.,” says Alexander Kardashian. “While we were fast all weekend in IAME Sr., mechanical issues and on-track incidents prevented us from a podium finish. However, in Yamaha Senior, the 2017’s front end allowed me to roll the corner speed needed to win on Saturday and get a third on Sunday, ending in an overall weekend victory.”

Top Kart pilot Tyler Ferris landed on the podium both days of the event in Yamaha Jr., earning second and third place finishes. Andrew Patterson scored a top-15 finish on day one. Caiden Young finished in the 16th position in the day one main event, improving to a 12th place finish the following day. Ty Canoles improved every session on track, ending the weekend with a well-earned top-20 finish. 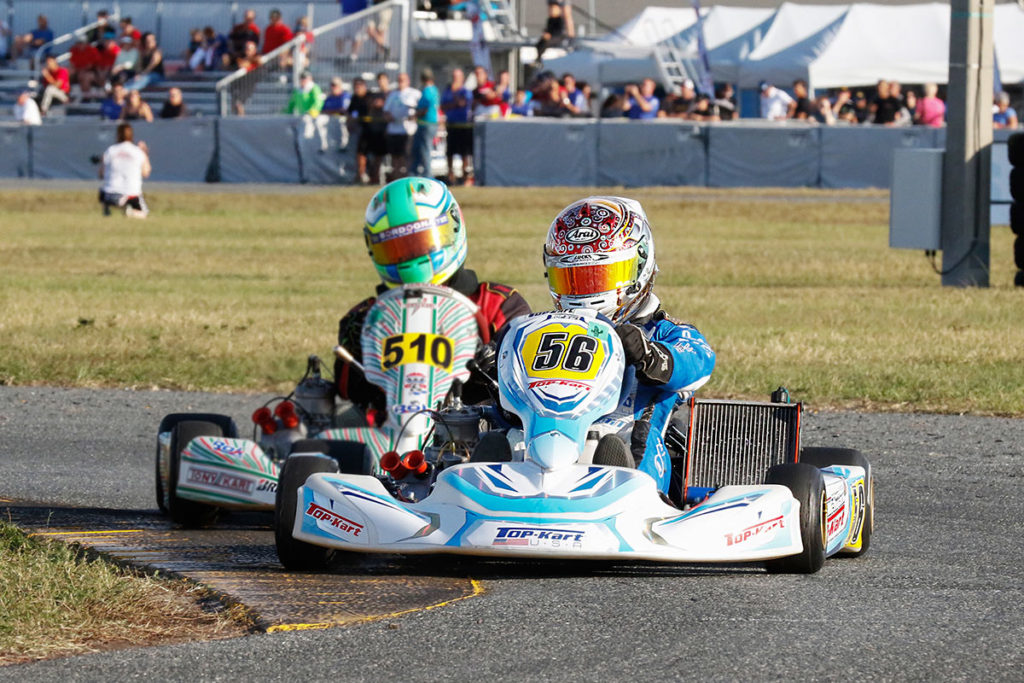 In Yamaha Sportsman, drivers Timothy Steele and Owen Mahle drove hard all weekend. Steele earned top-15 finishes both days in the competitive field. Mahle finished 20th on day one, improving to a 14th place finishing position on day two. In ROK Shifter, Jonathan Kotyk took home the win on day one. He had an unfortunate DNF on day two.

“It was great to be back inside the legendary Daytona International Speedway for our 14th consecutive year racing with the WKA Manufacturers Cup Series,” says Top Kart USA CEO Bill McLaughlin Jr. “As a top team and eight-time Cup Title Champion, we personally would like to thank each and every one of our customers and families who support our team, dealer network, and product. We are extremely committed to continuing success with the product and making it a great kart to help drivers achieve their success and become champions.”

Top Kart USA drivers are looking forward to returning to Florida for the Florida Winter Tour in just a few days. Rounds one and two of the series kicks off Jan 13-15th for the ROK Cup, and Jan 20-22 for the Rotax Challenge in Homestead, Florida.