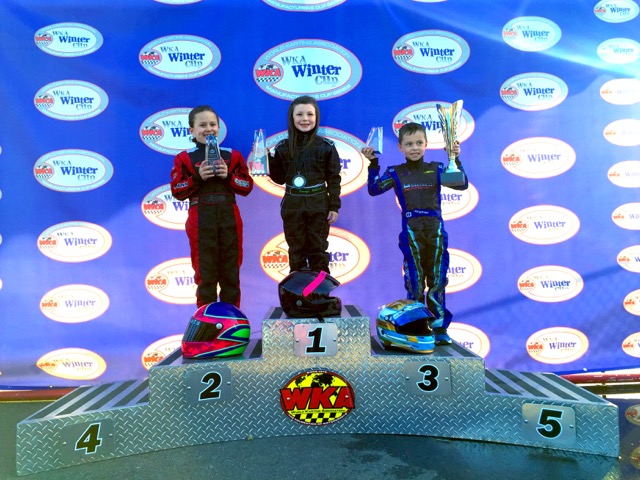 “It was a great weekend of racing for Top Kart USA in every category at the final round of the WKA Winter Cup in Mooresville, NC,” said Blake Deister, co-owner of Top Kart USA. “With championships on the line, we were able to lock up three titles at the conclusion of the weekend. We are extremely proud of what the drivers, teams and staff have achieved thus far in 2016, and we are happy to continue this momentum headed into racing this spring and summer.”

In Kid Kart, Top Kart USA drivers had a good weekend. Aryton Grim finished first on Saturday and second on Sunday. Teammate Karsyn Walters was disqualified on Saturday, but came back to take pole position and the win on Sunday. The drivers would also finish 1-2 in the championship standings, with Walters taking the championship and Grim ending the Winter Cup in second place. 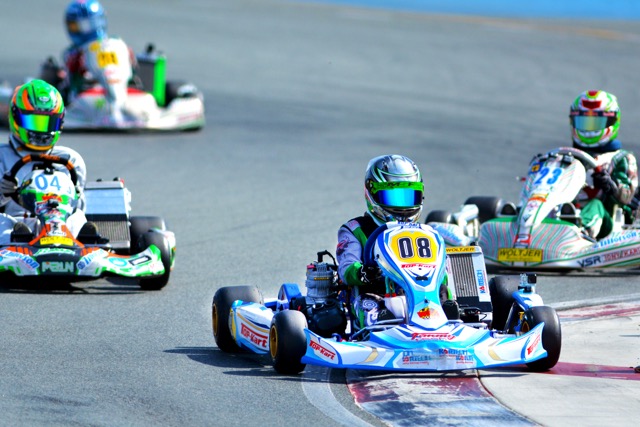 In Pro IAME Junior, Pauly Massimino finished third on Saturday. He failed to finish Sunday’s race, but that didn’t stop him from finishing the championship in third place. Teammates Emil Schulz and Jacob Abel each brought home one top-15 finish and one top-ten finish while Ashley Breuer finished 15th and 20th in her two main events.

“Throughout the entire WKA Winter Cup Series, we were a strong contender, completing each race with a podium finish,” said Paul Massimino, Pauly’s father. “Tim Shutt, with Timmy Tech, assisted us throughout the entire series and has been a valuable asset to our team. With his experience and skill in karting, mechanics and engineering, Tim was able to help fine-tune our Top Kart chassis. We are thankful to Woltjer Race Engines for providing us with a strong engine and support, which has helped us to be a strong contender in any race we compete in. ”

“Running this weekend with Top Kart was great, and we were consistently in the top-ten all weekend,” said Jacob Abel. “Having only started racing last year, we were very proud of that. Top Kart USA really helped me get started in karting and I’d really be nowhere near where I am now without the support of the whole team. The information shared under the tent about setup and driving is so helpful. I’m really looking forward to this season and having success with Top Kart USA.” 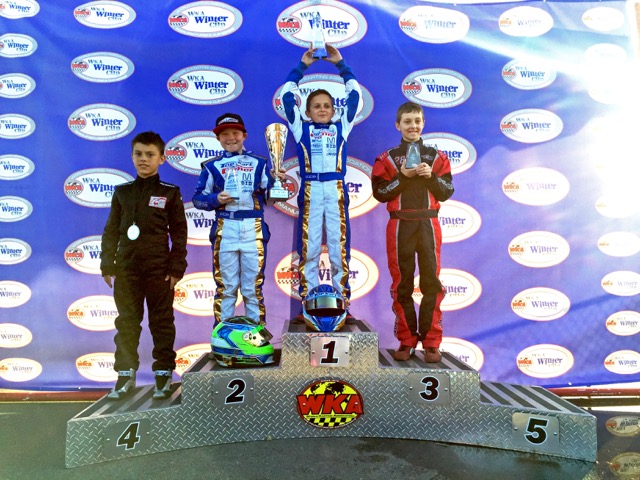 In Yamaha Sportsman, Jason Welage and Kaden Wharff dominated the weekend and the championship. Wharff took the win on Saturday and second on Sunday. Welage came home second on Saturday and won on Sunday. Welage and Wharff also finished 1-2 in the championship, with Welage taking first place. Teammate Timothy Steele also showed impressive speed all weekend.

“It was a great weekend in Mooresville to end the final round of the WKA Winter Cup series,” said Greg Welage, Jason’s father. “Jason won both the Yamaha and Pro Swift championships. I am very proud of his determination to reach his goal of two more championships. In the three series events, he had podiums in at all 12 races and the most wins in each class. Thanks as always to Top Kart USA, Michael Tetreault/Grand Products and Woltjer Racing Engines. We could not have done this without the help of the Top Kart chassis and the dependable, consistent horsepower that Woltjer Engines provide.”

“So far this season, our hard work on the 2016 Mini Blue Eagle has been paying off, with impressive results achieved at every race competition this season,” said Bill McLaughlin, co-owner of Top Kart USA. “From Daytona and Jacksonville to Ocala and back to GoPro, we earned multiple victories throughout each weekend, and we are extremely proud of the chassis and the performance it has given the drivers to produce winning results.”