After a very short off-season, Top Kart USA was back in action for World Karting Association’s (WKA) Daytona KartWeek. Taking place December 28-30 and on the grounds of the hallowed Daytona International Speedway and remaining true to form, Top Kart USA drivers had an impressive week across all classes, bringing home two race wins, twenty podium finishes and two pole positions.

“We wanted to start the season strong in Daytona,” said Blake Deister, co-owner of Top Kart USA. “Many drivers found themselves at the top of the time sheets from the start of the first practice, keeping constant speed while adjusting to changing track conditions. We had many drivers return to the Top Kart USA program for 2016. Kaden Wharff and Pauly Massimino made the switch to Top Kart USA, and both performed exceptionally well throughout the weekend. Our results speak volumes about how we have been developing the Top Kart product during the 2014 and 2015 racing seasons.” 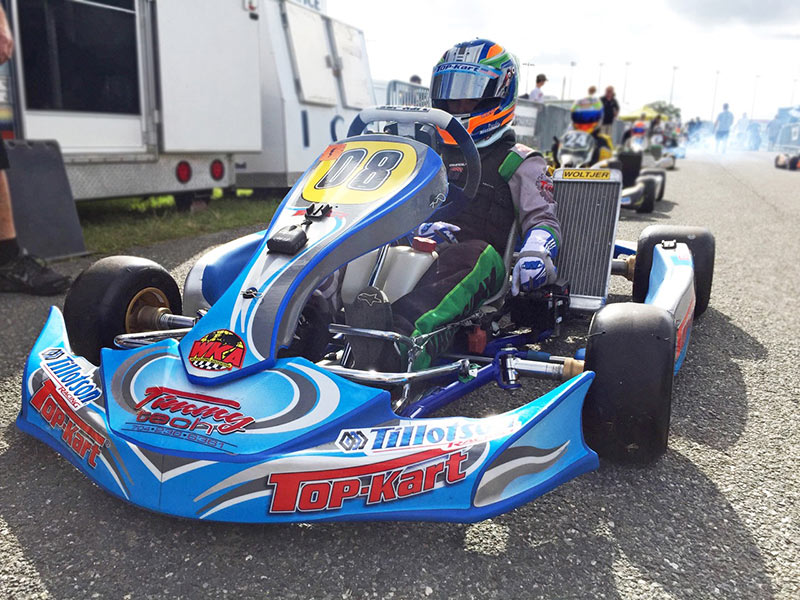 “Working with Top Kart has helped us advance our karting skills,” said Paul Massimino, Pauly’s father. “This past weekend, we received excellent support and saw a lot of success. Being under the Top Kart tent provides a competitive and helpful team atmosphere. We consider all members of Top Kart to be part of our extended family, and we are happy to continue karting with them.” 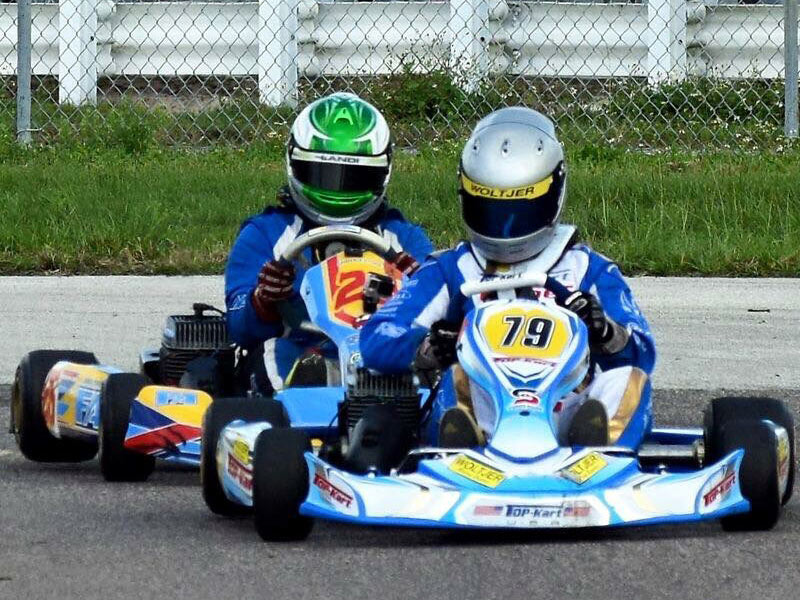 In Yamaha Senior, Dakota Pesek picked up the new season right where he left off last year, on the top step of the podium. He finished second on Wednesday. Alexander Kardashian finished fifth in race one and sixth in race two. Austin Schulz scored two ninth place finishes on the weekend. Derek Hughes was unable to finish Tuesday’s race but finished in a strong fifth place on Wednesday.

“The weekend didn’t start out the way we wanted to, with a rough qualifying session putting us mid-way through the field to start the first heat race,” Pesek said. “Hitting the setup spot on from there on out was the key to our success through the remainder of the event. We managed to gain a lot of spots back in the races, which gave us the chance to be up front in the final. From there, we successfully pulled off the win with a very tough and competitive race. It was a great amount of fun.”

“The drivers that showed up to race in Daytona made for a very strong field,” said Bill McLaughlin Jr., co-owner of Top Kart USA. “The competition gave us a great reference point for our improvement in each class. Daytona is always a great place to visit, because everyone has an equal amount of track time and ability to hit the setup. We were able to see lots of blue chassis toward the front, which is exactly what we hoped for.”