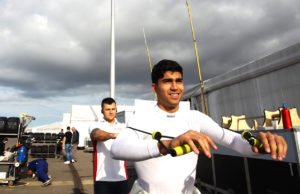 With the penultimate round of the 2018 GP3 Series taking place in Sochi, Russia, American driver Juan Manuel Correa travelled to the Eastern European country in search of results. When the final checkered flag flew, Correa had scored a pair of top-ten finishes including a fifth place effort on Sunday as he was the top driver in the Jenzer Motorsport program. Additionally, Correa improved his position in each and every on track session over the course of the to score points in both events.

Beginning his event with the one and only free practice session, the Jenzer Motorsport driver secured the 13th quickest lap before a 12th place effort in qualifying. Lining up for race one on the outside of row six, and unhappy with his results, the goal was then set to charge forward and obtain points in both wheel-to-wheel races on the weekend.

“We had a really good pace and tire management during the first race,” explained Correa, who finished in the ninth position in race one. “I had some hard battles fighting for positions in the middle of the pack and I really enjoyed it. We have a good car and should be able to move further up the results order in race two tomorrow.”

Race two was another points scoring effort for the American driver. Turning his ninth place starting position into a fifth place result, Correa was once again the top performer in the team.

Correa added, “There was a lot of chaos and contact in turn one on the start and I got shuffled back to P11. So, once again I was forced to fight hard to gain positions and move forward. Although we had a good pace for the race, the set up for the car was not ideal. With a few more laps in the race, a podium would have been a possibility.” 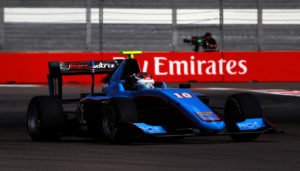 “Qualifying really complicated our weekend,” he continued. “This is where we have struggled the most during the majority of the season, but the team is still working very hard to resolve this and I hope we are able to improve and get it right in Abu Dhabi. With a top-five in qualifying, it would have been very possible to fight for the top step of the podium in both races given the pace and tire management we had.”

The next and final GP3 Series event of the 2018 season will take November 23-25 at the Yas Marina Circuit in the United Arab Emirates.