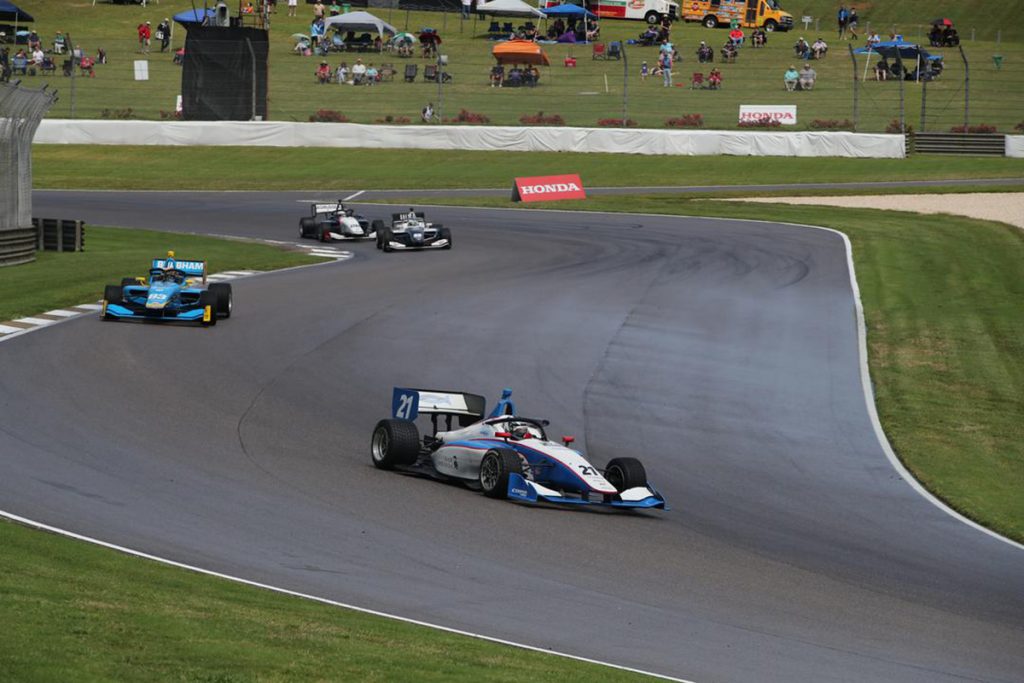 Arriving in Alabama Thursday night rejuvenated and ready to race after two long awaited months, TJ Speed’s Indy Lights Presented by Cooper Tires team was ready to roll. Barber Motorsports Park’s tough track layout with its twists and turns and major elevation changes presents a challenge for any driver looking to compete, but mix that terrain with wet weather, the total goal for the weekend is built around luck and skill. 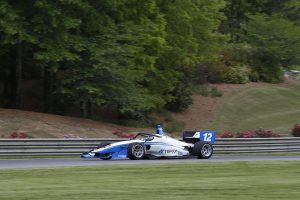 In the team’s first practice session of the race weekend on Friday, Kyffin Simpson sported a new red, white, and blue livery on his car as he looked to find his way to the top of the time sheets. Constantly working to get faster, both teammates, Simpson and James Roe, made stops to adjust their Dallara IL-15s before going back out on track. Finishing in the bottom half of the time sheets for practice one, the team was eager to get back out on Saturday morning for practice two.

“We are constantly tweaking on the car in the hopes of finding just a little more speed,” explained TJ Speed’s Tim Neff. “We went to a little different setup than what we tested here to try a few things, but I am confident in the direction that I think we need to go for both our drivers into qualifying.”

Going into Saturday afternoon’s one and only qualifying session, the team was ready to push out top-ten results. Kyffin Simpson was successful in securing a sixth-place result, a career best for him in the Indy Lights Presented by Cooper Tires program while James Roe had a narrowly missed the top-ten with the eleventh fastest lap time.

Sunday morning swept in a thunderstorm leaving the track in full wet conditions prior to the green flag. Thankfully, the race started only ten minutes behind schedule with a single file start and turned into a 45-minute timed event, rather than the anticipated 35 laps. Driving their first wet race of the year, Simpson worked his way quickly up the field to fourth place within a few short laps. Fighting hard for a podium position the majority of the race until the final few laps, Simpson landed in the fifth position when the checkered flag flew. A great top-ten result for Simpson and the team, the best of the pair’s short Indy Lights career. Roe had a tough weekend and even tougher race, ending in 13th.

TJ Speed Motorsports will continue the battle for the team and driver’s championship in Indianapolis May 13-14 at the Indianapolis Motor Speedway Road Course. Follow along all for updates on their social media pages on both Facebook and Instagram.