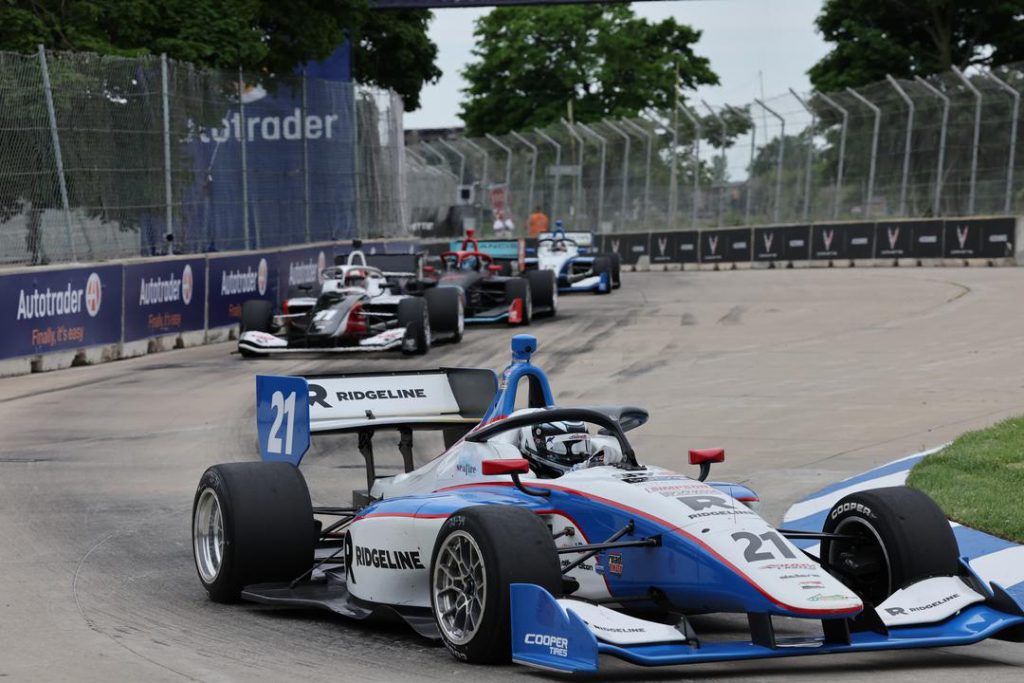 The 2.35-mile street course of the Chevrolet Detroit Grand Prix turned out to be the best track of the season so far for TJ Speed Indy Lights Presented by Cooper Tires Drivers. Both drivers having achieved their highest finish of the season awarded the team some much anticipated championship points and momentum heading into another event this coming weekend. TJ Speed drivers James Roe and Kyffin Simpson managed to bring home top-ten finishes in both races of the double-header weekend in the last visit to Belle Isle. 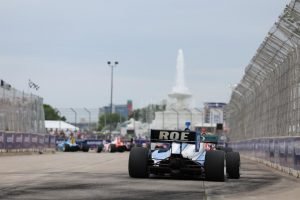 Simpson, matching his highest placement of his rookie season early on this weekend in race one finishing in fifth position considers Belle Isle a success. Simpson’s fifth place finish is an even more impressive one knowing he qualified in twelfth position and was forced to start the first wheel-to-wheel action from the outside of row six. Finishing close behind Simpson was James Roe Jr., who earned his season and career best Indy Lights result with a seventh-place finish.

“As a team we set out to produce our best finish of the 2022 season yet at Belle Isle, and we managed to achieve that,” expressed TJ Speed Team Owner Tim Neff. “To finish both races and earn championship points at a bumpy and tough street circuit like Detroit shows the progress of our two young drivers.”

Early afternoon on Sunday the track was starting to heat up for the second Indy Lights race of the weekend. Starting out tenth and eleventh, Simpson and Roe knew they had to make some moves early on to get a similar result to race one. With only one caution period throughout the entire race, the duo was able to make passes up the field to earn another pair of top-ten results. Simpson would again lead the pair in a seventh-place result while Roe added a ninth, giving the team and drivers their best results weekend of the season.

Neff added, “I am very happy. The cars rolled in the trailer at the end of both races, we had our best weekend as a team, our drivers had their best weekend, and we claimed four top-ten results. I think with that momentum, we can reset our goals for next weekend at Road America.”

This being their first ever appearance at Belle Isle, TJ Speed considers Detroit to be one of their new favorite places to race. TJ Speed will be back on track again at Road America in Wisconsin this Friday June 10th through the 12th for the next round in the Indy Lights season. You can follow along all weekend on the TJ Speed social media pages on Facebook, Instagram and Twitter.