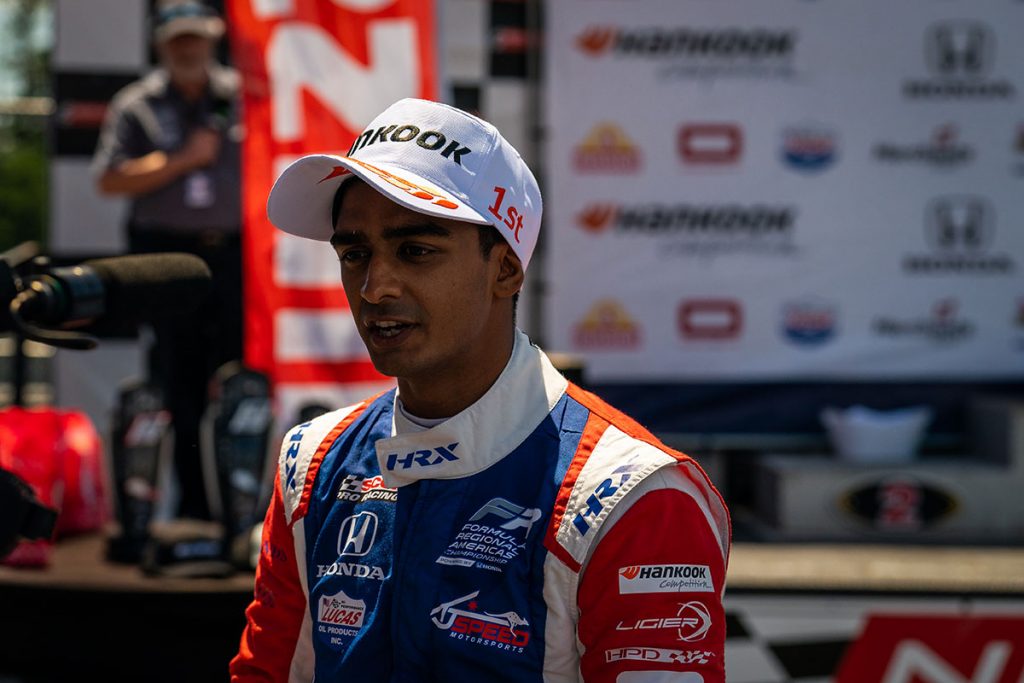 This past weekend, TJ Speed Motorsports took a trip to the East Coast and New Jersey Motorsports Park (NJMP) where, as a team, they claimed a total of four podium results and two pole positions, rocketing them ahead in the race for the championship title. Raoul Hyman was once the dominant TJ Speed driver finishing on the podium in all three races to maintain his championship point lead as the series heads into the home stretch 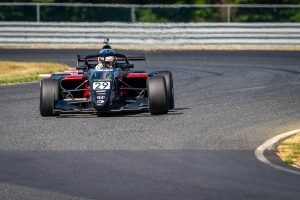 After a triumphant weekend at the previous round of the Formula Regional Championship Powered by Honda at Mid-Ohio Sports Car Course, TJ Speed competitors were ready to continue the momentum in their first visit to NJMP. Testing and practice on Thursday and Friday gave the team time to fine-tune their Ligier JSF3 machines, get familiar with the track, and find their speed for qualifying on Saturday morning. Championship front runner Raoul Hyman managed to claim yet another pole position in qualifying Saturday morning which allowed him to gain the lead in race one which he kept throughout to earn another victory and extend his championship point lead. Later in the day, Hyman’s fastest lap from race one scored him pole position for race two where he fought a hard battle but conceded to finish second. The last race of the weekend seemed to have brought the most points for the team with Hyman and his teammate Nick Persing both securing a step on the podium in the second and third place positions. Celebration turned to sorrow as Persing was hit with a thirty-second time penalty for on-track contact that relegated him down the running order.

This past weekend’s success will add to their current lead in the race for the championship.

“We had a really solid weekend with great competition,” expressed Raoul Hyman. “The standings for the title are starting to close in as we near the end of the season so to come out with three podiums for me and one for Nick [Persing] is really great for the team.” 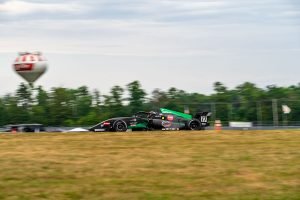 “Another great weekend for the team,” added Owner Tim Neff. “We are pushing hard to claim both the Team and Driver’s Championships yet again and this weekend is a testament to all the hard work our crew is putting in.”

After a two-month pause in the season, TJ Speed will return to the track at VIRginia International Raceway from October 6th through the 9th for the next three rounds of the Formula Regional Americas Powered by Honda Championship.