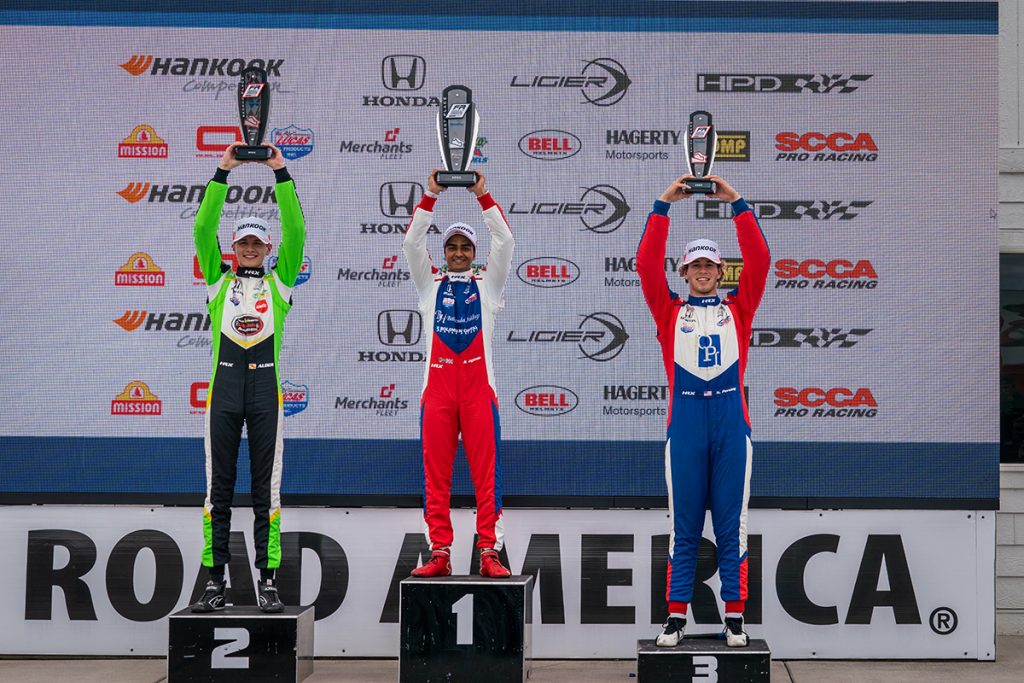 It was another winning weekend for the TJ Speed FR Americas Championship Powered by Honda program. Taking on the natural terrain road course of Road America in Elkhart Lake, Wisconsin, TJ Speed earned three race wins and six out of nine podium results as they took over both the Driver and Team Championship point lead. 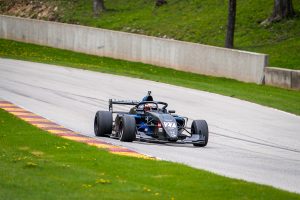 “We are here to win, and we proved that,” expressed Tim Neff. “We have three drivers who can win any time out, and we only have one rule for them, don’t crash your teammate. In the end, we scored three wins and each driver had their turn to be on the podium showing the true strength of our efforts.”

After progressing through the Promoters Test Day and Practice sessions, TJ Speed drivers returned to the track for Saturday as they would take part in qualifying and the first wheel-to-wheel racing of the weekend. Looking to kick the official race weekend off on the right foot, all three TJ Speed drivers qualified in the top-six with Raoul Hyman earning the pole position for race one, Jason Alder slotting himself into fourth and Nick Persing set to occupy the outside of row three in the sixth position. Race one yielded even better results for the 2021 FR Americas Team Champions as Hyman picked up another win to add to his resume and took over the point lead. Alder had a steady race to finish in fourth as Persing leveled up one position to cross the line in fifth and put the trio of drivers all inside the top-five. 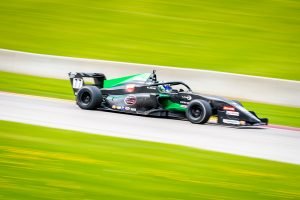 “It wasn’t easy; it definitely wasn’t easy,” said Hyman following the race. “I’m really happy to come away with a win. I can’t take any of the credit; the team has done an amazing job. The pace we’ve had all weekend—you can see it across all three cars—but I can’t do that if they don’t put in the work and do an amazing job in terms of the setup. A huge thanks to TJ Speed, and I hope we can keep going.”

Returning to the track on Sunday and with lap times from race one setting the grid for race two, TJ Speed would once again be looking strong at the front of the field as they aimed to add to their results resume. With Hyman taking the win on Saturday, it was Jason Alder who climbed his way to the top of the results sheets on Sunday during race two of the weekend as Alder led TJ Speed in a one-two finish with Hyman adding a second. Nick Persing had a solid run going but a visit to the gravel trap late in the race relegated him to tenth on the results sheets.

Race three would be all TJ Speed. With three drivers in the field, the trio finished first, second and third to sweep the podium during the final race of the weekend. Raoul Hyman added another race win to his growing results resume while rookie Jason Alder stood on the podium in second. Nick Persing had a solid drive from ninth on the grid to finish third to make it an all TJ Speed podium. 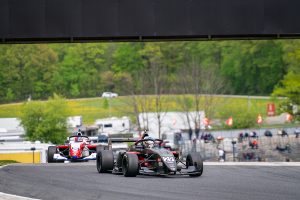 “I am beside myself with our results,” explained Tim Neff. “We had a great program in 2021 and thought we had tapped out what we could do but 2022 has been better. We look forward to chasing both the Driver and Team Championship for the second consecutive season.”