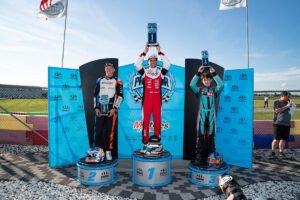 “Back to SKUSA racing and back to winning,” expressed BirelART’s Dominic Labrecque. “The hard work that our dealers and drivers are doing is paying off and we can’t wait to continue our success for the rest of the year and onwards into 2022.” 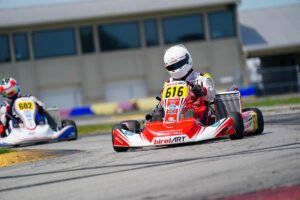 In the Pro Shifter class it was Jake French who would earn a victory on Saturday as he turned his fourth place qualifying effort into a race win. Looking to repeat his success on Sunday, French had a disappointing DNF in the prefinal but salvaged an 11th place finish in the main event as he climbed through the field to score the most positions gained. Michael Stevens made his presence felt in the top ten throughout the weekend scoring a tenth place finish on Sunday. 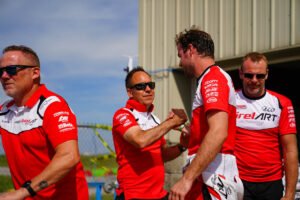 The bulk of BirelART North Americas results came from the Master Shifter class with Ryan Kinnear, Jordon Musser and Nathan Stewart all running in the top-five throughout the weekend. Kinnear turned his pole position on Saturday into a race win as the trio of BirelART North America drivers swept the top three positions in qualifying. Stewart would join Kinnear on the podium with a third place finish in round five as Musser put three in the top-five with a fourth place result. Sunday saw Musser earn the pole position as he was closely followed by Kinnear and Stewart in the timed session but when the wheel-to-wheel action began, Kinnear rose to the occasion to take his second win of the weekend. Musser found his way to the podium in P2 while Stewart added a sixth place finish when the final checkered flag flew. Along with the results gained over the race weekend, Jordon Musser secured the Pro Tour Championship and Jake French finished second overall in the Pro Shifter title chase. 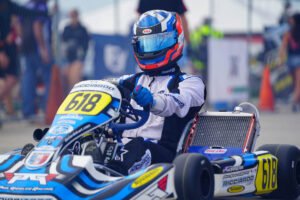 Competing in the X30 Senior class, John Burke never ran outside the top-ten throughout the weekend and scored an eighth place result Saturday, before finishing seventh on Sunday. In the X30 Master class, it was Jess Peterson who turned his fifth place qualifying result on Saturday into a podium result with a second place finish. Devin Walz charged his way forward in the Mini Swift main event on Sunday to finish ninth after starting way back in the 25th position while Jackson Wolny finished 12th on Sunday, a great performance for his first year in the sport and first trip to New Castle Motorsports Park. 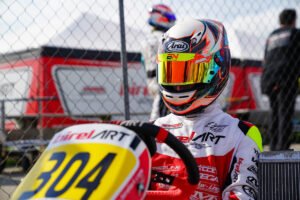 Labrecque continued, “We are actively adding drivers to our program for the ROK Cup USA ROK Vegas events and the SKUSA SuperNationals. Our success is proven, and we look forward to growing our driver lineup.”

For more information to become part of the BirelART, Ricciardo, Charles Leclerc or TM Racing dealer networks or information on how to join the PSL Karting / BirelART North America Race Team for the 2021 season, please contact Dominic@PSLKarting.com. 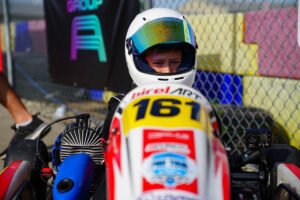