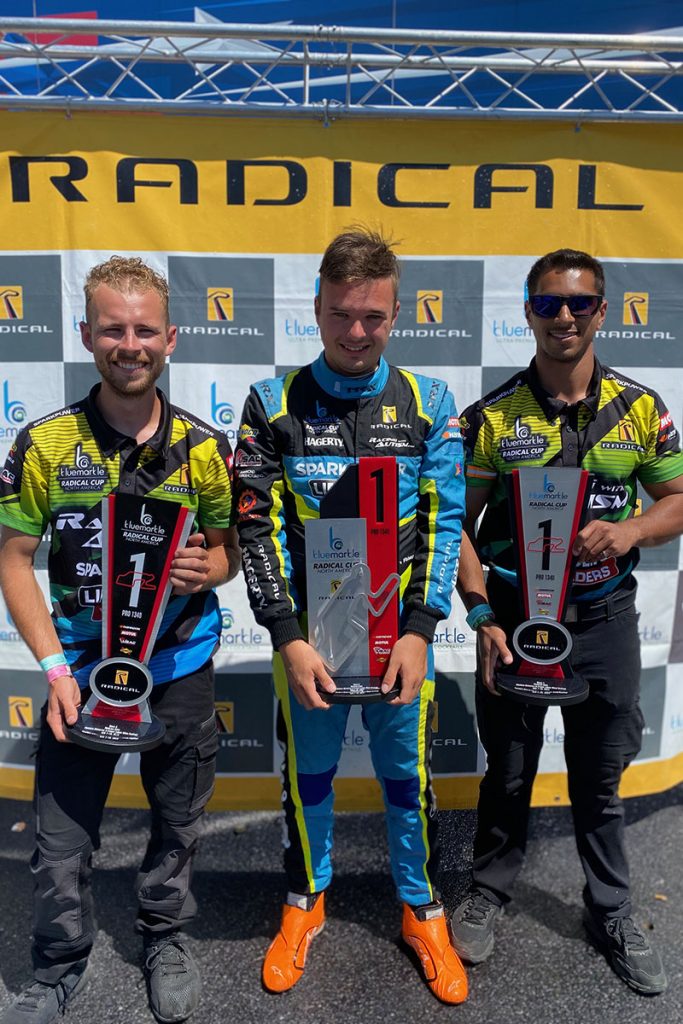 When you hit your stride, things start to go your way, and Austin Riley has hit his stride. Taking on the Watkins Glen International Raceway this past weekend for the Blue Marble Radical Cup North America program, the Racing with Autism driver earned the pole position, three race wins and scored the fastest race lap in all three races to sweep the weekend.

“What a weekend,” expressed Riley. “It is my best weekend of the 2022 season, and it has put me in the championship fight. Momentum is often everything in motorsports, and I left Watkins Glen with a lot more confidence moving into the last half of the season.”

Leading two of the four Thursday practice sessions and clocking the second quickest time in the other two, Riley went into Saturday’s qualifying session knowing what was needed to earn the pole position. Putting down the fastest lap of the timed session, nearly seventh tenths of a second faster than his rivals, Riley dominated the session and set the tone for the weekend.

With a single race on Saturday, Austin took the lead at the exit of turn one after narrowly avoiding a very nasty incident. With everyone ok and a lengthy cleanup, the race distance was cut short and a ten minute shootout for the win would be on. Jumping to the lead when the green flag flew and never looking back, Austin continually pulled away lap-after-lap to take another the Blue Marble Radical Cup North America victory.

With momentum now firmly on his side, two more races took place Sunday as Austin would lead the field to the green flag with the pole position in class after setting the fastest lap in race one. Austin had a great battle at the start with current class champion Mike Anzaldi with Austin coming out in the lead on the first lap. From that moment on, the race was never in doubt. Showing his strength, Riley pulled away lap after lap building up a gap to the second place runner more than ten seconds before the caution would fly due to an incident. With the race ending under yellow, Austin Riley took home his second win of the weekend. 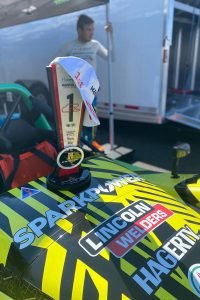 The third and final race of the weekend saw Austin again start from the pole position after setting the fastest lap in race two. However, this time his opening lap battle would be with Reid Stewart and Reid would beat Austin over the first lap to lead early. Austin battled back to take the lead on lap two with a great pass and from there he would pull away from the second and third place runners. Race three rules force all drivers to make a mandatory pit stop and by the time Austin had pitted, his lead was almost eight seconds. Completing the stop flawlessly and leap frogging the rest of the competitors as they pitted, Riley claimed the checkered flag, his third time on the weekend and fourth time this season.

Riley added, “A huge thank you to the team, my partners, family, and supporters. We now enjoy a month off and try and scrape together the funding to compete at the Utah Motorsports Campus in mid-August.”

Racing With Autism and Austin Riley would like to thank their partners and supporters for the 2022 season. A huge thank you to Spark Power Corp., Lincoln Electric, Hagerty, Ady’s Army, The Hawthorne Foundation, Hammond Manufacturing, Cal Chip Connected, Forest Contractors, Utech Electronics, ATC Coral, OPMT Racing as well as all family, friends, and supporters.