THE YACADEMY WINTER TESTING SERIES BY HANKOOK IS BORN 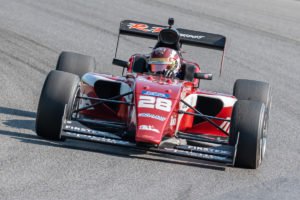 As all the open wheel platforms continue to grow around the world, the Yacademy Winter Testing Series has been born to fill a void in the motorsports market. Taking place in the ‘Sunshine State’, the Hankook Tires promoted series will be operated by long-time driver, coach and motorsports industry member, Gustavo Yacaman.

“Not only will there will be plenty of track time for all open wheel series to test in an affordable manner but USF2000, Indy Pro, F4 and US F3 drivers will have test opportunities in the open wheel only format as teams and drivers begin to prepare for the 2020 season,” expressed Gustavo Yacaman. “During the last two events in March, there will be six total races with F4 cars as the 2020 season begins to take shape. These race events will consist of one test day and a race day with three heats. This format will allow all the young karting drivers to prepare with plenty of track time prior to two race days at two different facilities before their season starts.”

“I think F4 is an incredible learning platform and the gateway from karting to open wheel motorsports in North America,” explained Yacaman. “We have assembled some very strong industry members, officials and partners and will look to make this series successful the very first year and one on drivers’ calendars for years to come.”

In a format that increases track time while limiting expenses to teams and drivers, the Yacademy F4 Winter Series by Hankook will take place at high profile tracks in Florida while utilizing several dates leading up to the series for testing in a cost effective open wheel test format for drivers in F4, F3, USF2000 and Indy Pro 2000. 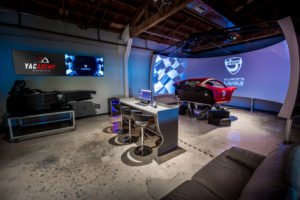 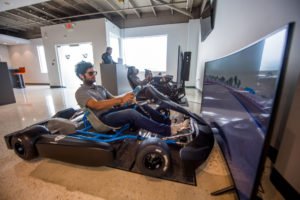 Yacademy partner, All In Sports (AIS) Simulators, will organize competitions on off days when on track testing is not happening. The future champions of the sport will be able to learn the tracks that they will race during the season, and those who wish to participate, AIS will put together a competition/workshop where drivers can continue to develop their skills. Prices will be based on number of participants.

Yacaman added, “Our goal is to increase track time for all competitors. On race weekends, all F4 drivers will be provided with two to three hours of open practice, one thirty-minute qualifying session and three thirty-minute races. Race one will start with how drivers qualified, race two will see the top 50% of the field inverted, and race three will be the sum of points of race one and two will determine the grid.” 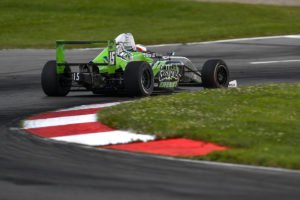 The champion of the first Yacademy Winter Testing Series in F4 will earn four sets of Hankook Tires. The prize doesn’t necessarily need to be held only by the driver, but can be handed down to the team which the driver raced for to further reduce running costs. Additional prizes will be announced in the very near future.

The entry cost for a single car entry per day will be $1,000, but when signing up for the complete Testing Series, 9 total days, competitors will receive a discount, bringing the total entry fee to $7,500 per car. To further incentive full season participants, AIS Simulators will include 1 hour of free simulator time before every event to the full season participants, an extra $2,500 added value.

Full season entry fee can be applied to a car or number of cars in a team or a driver.

The Yacademy Winter Testing Series will be promoted by RTD Media and Management.