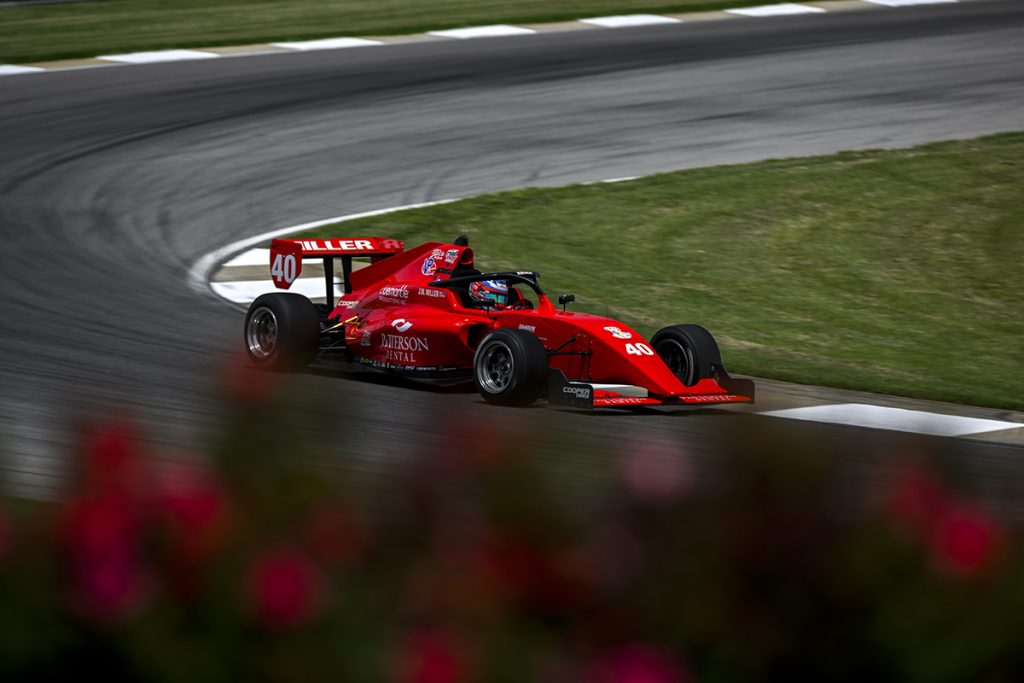 Miller Vinatieri Motorsports (MVM) will travel a total of forty miles for their next two events. Set to take on the Indianapolis Motor Speedway this coming weekend and the Lucas Oil Raceway at the end of the month, team driver Jack William Miller returns to the sites of two podium results in 2022 as he looks to find his way back to the podium. 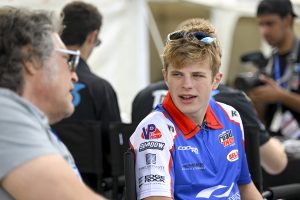 Competing in the Indy Pro 2000 Championship behind the wheel of the #40 Patterson Dental branded MVM machine, Miller is looking forward to competing at two Indy area events as family, friends, partners, and supporters will follow his progress both trackside and from afar.

“It is the Month of May in Indy and there is nothing better than that,” expressed Miller. “We had a solid start to the season back in March and would like to return to that form this weekend. I earned podium results at both the next two facilities back in USF2000 and was at the top of the time charts here in October during a test. To once again compete at the facility where my dad raced in three Indianapolis 500s is special to our entire family.”

Flipping the calendar back to October 2021, Miller pushed his MVM machine to the top of the time charts in several sessions during the annual Road to Indy Chris Griffis Memorial Test. Toppin the time charts in a couple sessions, Miller earned the second quickest time in the two-day test and will look to use experience gained from that to continue the speed at the Indianapolis Motor Speedway this weekend.

“We have a few partners coming to support the MVM program trackside,” explained Jack Miller, who co-owns the MVM program with former NFL Kicker and four-time Superbowl Champion Adam Vinatieri. “We will have guests from Patterson Dental, Indy Dental Group, Blue Marble Productions and more so we will be looking for a strong finish in front of our hometown crowd.”

Taking to the famed Indianapolis Motor Speedway on Thursday for a Promoters Test Day, MVM will begin testing for an important triple header weekend. Thursday will be the home of a pair of test sessions in the morning before the first official practice session of the weekend goes green that afternoon. Friday will feature qualifying and the first wheel-to-wheel action of the weekend while races two and three will take place on Saturday prior to the start of the NTT SERIES INDYCAR event that afternoon. Stay tuned to the Miller Vinatieri Motorsports social media pages for news, information, photos and results from the event weekend.

Don’t miss Miller Vinatieri Motorsports at their next on track appearance at the Indianapolis Grand Prix Circuit May 12th through May 14th for rounds five, six, and seven of the Indy Pro 2000 series.