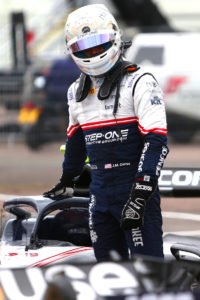 Making the trek to Silverstone for the next rounds of the FIA Formula 2 Championship, American Juan Manuel Correa added another top-ten result to his resume. Improving his results throughout the weekend, the Sauber Junior driver turned his 13th place qualifying effort to 12th and tenth place results and will now shift his focus to the Hungaroring in a few weeks’ time.

After turning the 17th quickest lap of the one and only practice session on Friday morning, Correa levelled up in qualifying to secure the 11th position for race one on the weekend, a round that he eventually crossed the strip to finish P12.

“We had good pace in qualifying and thought that we should have been able to score points, but it was a very tough race one here at Silverstone,” explained Correa. “Everything that could have went wrong, did go wrong. I had a very poor start, then contact on lap one and then a bad pit stop. After all of that, we did not have good enough pace to make passes. Obviously Silverstone is a very difficult track to overtake on, and we just did not have overall speed. We will sit down and analyze, and it will be a very long night to figure out what we can improve. I am sure we can make some big changes for tomorrow and even though the weekend has not gone very well, hopefully we can end it on a high tomorrow.”

After a day to forget on Saturday, the Charouz Racing and Sauber Junior driver secured a top-ten finish Sunday. After starting P12, Correa advanced forward two positions and though just missing the points, made a positive step in the right direction.

“The second race of the weekend provided us with a top-ten result, and we ended the weekend on somewhat of a positive. Quite disappointed about not scoring any points, but we tried a few things in this race as we did not have much to lose and it seemed to work out,” added Correa. “There were some interesting results that we need to dive into, look at and hopefully utilize for the coming races.”

The next event of the FIA Formula 2 calendar takes place August 2-4 at the Hungaroring in Budapest, Hungary. Visit the www.FIAFormula2.com to follow all the weekend’s action and stay tuned to the Juan Manuel Correa social media pages for photos, results, news and information. 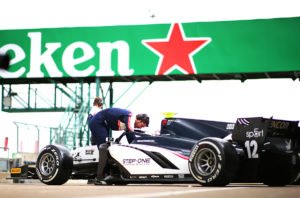