With the MAXSpeed Entertainment promoted US Open only one week away, Team Koene USA is poised and ready to attack with a talented squad of nine drivers. Littered amongst four of the Rotax divisions, Team Koene USA will enter drivers in Micro Max, Mini Max, Junior Max and Senior Max as they look to carry their momentum from the popular Florida Winter Tour and Rotax Challenge of the Americas programs where they claimed multiple race wins and podium results including a Rotax Junior Championship and a trio of Vice-Championships.

“We have had a lot of phone calls and e-mails from people that have been inquiring about Team Koene USA so we had to limit the amount of drivers we would take,” explained Team Principal Mike Maurini. “While we could have upped the number to fifteen, we felt that keeping the core group to ten or less was a manageable number to provide the top quality service, driver coaching and personal attention that each and every driver deserves to have the best shot at scoring their best results.”

Maurini added, “I am really excited about the entire team we have assembled but our Senior talent boasts some really big names. We are committed to taking the fight to the end and challenging for the championship in Las Vegas in November.”

In the Rotax Junior division, Team Koene USA’s banner will be flown by Payton Durrant, Zoey Edenholm, Nathan Ratton and Alejandro Jaramillo. Durrant is coming off a stellar 2015 campaign that saw him claim victories at the Rotax Challenge of the Americas and US Open programs as well as a pair of Vice-Championships. Moving to Junior at the beginning of 2016, the Utah pilot has shown the speed to run close to the front as he begins to come to grip with the full size Tony Kart chassis and larger Mojo tires. Edenholm has a pair of Rotax Challenge of the Americas podiums in 2016 as well as a victory in the Superkarts! USA ProKart Challenge this season and will be one of the favorites in the junior class. Making the switch to Team Koene USA in January, Edenholm has come to understand the dynamics of the team and is coming into her own as the second quarter of the season begins. 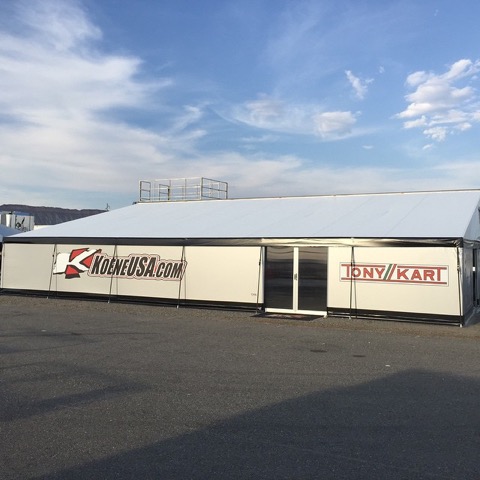 With just over one year of karting now under his belt, Nathan Ratton will be back with Team Koene USA after a successful Florida Winter Tour campaign. Improving each and every race weekend, Ratton showed strength in his speed and race craft as the series wore on. One of the most willing drivers to learn, Ratton will continue to gain his experience behind the wheel of a Tony Kart as he keeps advancing up the results board. This will be Ratton’s final event as a Junior as he will move to the Senior categories for the remainder of the year and begin preparations for the 2017 season.

Alejandro Jaramillo, who joined Team Koene USA last season but has been absent from the Tony Kart squad since the 2015 Rotax Grand Nationals, is now back with the Indianapolis based team. Jaramillo, who competed in both Mini Max and TaG Junior in 2015, will make the full time move to Rotax Junior and join Team Koene USA for several events this year. Working with Team Koene USA, Jaramillo has shown the necessary speed and skill to be in the front of the field.

Announced just last week, Team Koene USA will enter one driver in Micro Max and one in Mini Max, both who have a shot at standing atop the podium in multiple events in 2016. ‘Jetpak’ Jak Crawford will make the switch back to the OTK brand and will compete with Team Koene USA for the US Open and the United States Rotax Max Challenge Grand Nationals. One of the most decorated ten-year-olds in all of karting, Crawford comes with a wealth of experience both in the United States and Europe and will be a big boost to the Team Koene USA Rotax Mini Max program that has claimed national championships two of the last three seasons.

Californian pilot Carson Morgan will also join Team Koene USA for the remainder of the 2016 season. After a successful test weekend at the second round of the Rotax Challenge of the Americas and further testing during the third round, Morgan along with his mechanic and family fit well with the Koene USA efforts. Flying the Koene USA banner as the lone entrant in the Micro Max class, Morgan will look to fight for not only race wins and podium results, but that much anticipated Rotax Max Challenge National Championship.

“With a great group of drivers, we need to have a great group of tuners, engine builders, coaches and advisors,” added Maurini. “I am very happy with the group that we have assembled and know that we have as good as a chance as anyone out there to achieve success. Additionally, I would like to welcome Carson and Jak to Team Koene USA and extend a ‘welcome back’ to Alejandro.”