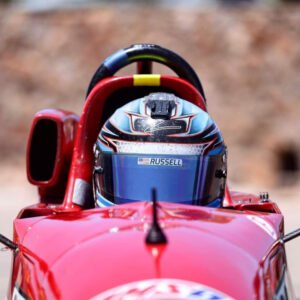 With Texan Ryan Shehan already confirmed to the F4 United States Championship Powered by Honda program for the 2021 season, Team Crosslink is proud to announce their second full season driver, Tucson, Arizona’s Trevor Russell. Beginning racing in 2018 and narrowing his goal to the open-wheel categories in 2020, Russell will make his F4 United States Championship debut over the March 25-28 weekend at the Michelin Raceway Road Atlanta.

“Trevor is an unknown name to the F4 paddock, but we hope to be able to turn him into an open-wheel star,” explained Crosslink’s Team Manager Sean Owens. “Trevor only started racing in 2018 but in a short period of time has amassed numerous race wins and championships in multiple divisions.”

“I am excited to join the F4 grid and Team Crosslink in 2021,” explained Russell. “Crosslink is one of the premier teams in the series and that will go a long way in my progress. With both F4 and FR programs, there is a path to move up internally which is something that I am focused on. I am looking forward to the first green flag of the season.”

Beginning his racing career in 2018 in a Mazda Spec Miata, Russell transitioned in 2019 to a Spec 86 Subaru BRZ, and added open-wheel racing in a Formula Ford, subsequently winning both of those classes of the INDE Motorsports Ranch IMR Challenge Series. In 2020, and fully focused on formula car racing, Russell piloted a Van Diemen RF98k. Over his short career, the newest Team Crosslink driver has multiple wins in SCCA Majors and Regionals in the Formula F, an SVRA National Championship event at the Circuit of the Americas last fall and has new goals for 2021.

Owens continued, “As of today, we have two F4 drivers and two FR Americas competitors. We are working to finalize one more deal and expand our driver lineup just a little more before the start of the season. Stay tuned.”