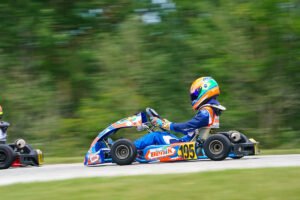 With the heart of the summer karting season now upon us, Team Benik is off to the GoPro Motorplex for the first annual IAME USA Grand National Finals. Traveling from Fort Lauderdale, Florida to Mooresville, North Carolina, eight Team Benik branded drivers will enter four IAME classes in their hopes to put their name in the record books.

“The East Coast IAME event is something that was needed for North America and it first our schedule perfectly,” explained Nick Mitchell. “We are putting a big effort behind this event as it is the first race weekend that will launch us into a string of big races as we head out to Las Vegas later this year to close out the season.”

Three Team Benik drivers will compete in the Mini Swift class as Enzo Vidmontiene, Asher Ochstein and Beckham Toupikov will look to put their blue machines at the front of the field. With a ton of success in both IAME and ROK competition to date in 2021, Team Benik will look to continue to do the same this weekend. Royce Vega, Luke Giglio, and Bowen Greene will throw their hats into the mix in Micro Swift and look to find their way to the front of the pack as they complete the six driver Team Benik Micro and Mini program.

Outside the Micro and Mini ranks, Team Benik will enter a pair of drivers, one in each of the X30 Junior and X30 Senior classes. Junior driver Michael Costello had a good United States Pro Kart Series event at Road America and will look to carry that momentum into North Carolina as he shoots for the front of the field. Kiel Spalding, a name familiar to karting from the past, joins Team Benik for the inaugural event as he contests in the X30 Senior class. Looking to bring the Team Benik entry to the front of the grid, Spalding will use this event to determine future events in the 2021 season. 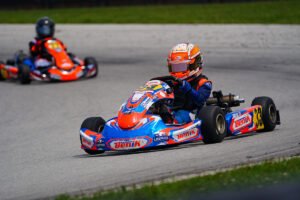 Mitchell added, “A new event is always exciting and as a team and a driver, you always want to win that event. We are looking forward to the weekend!”