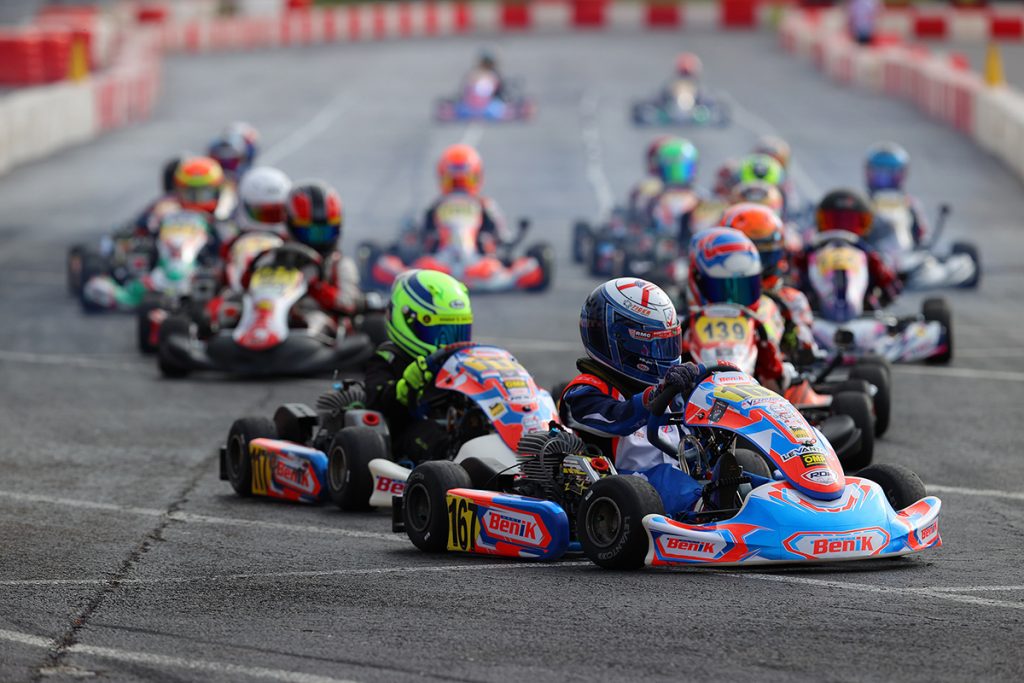 It was back-to-back weekends of success for Team Benik in Florida. First, taking on the AMR Motorplex and the Superkarts! USA (SKUSA) Winter Series, the team traveled to Tropicana Field in St. Petersburg, Florida for the opening round of the ROK Cup USA Florida Winter Tour this past weekend. With pole positions, heat race wins, and podium results, Team Benik drivers were on their game during the opening events of the 2023 season. 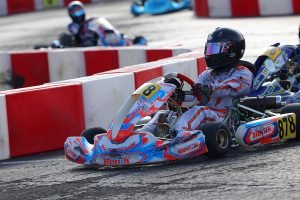 It was a weekend of big moves for Team Benik drivers at the opening round of the SKUSA Winter Series as disappointing results in Saturday’s prefinal led the way to some strong drives forward in the main event. Leading the way on the results sheets was Marco Romero as he piloted his Benik entry to a sixth-place finish. Troy Ferguson was able to gain ten spots in the final to jump from 20th to tenth in the results while Royce Vega gained 24 positions to move from 43rd to 19th. The biggest mover was Kai Johnson as he had a spirited drive to the front to earn a podium result. After starting the main event in 42nd and on the outside of row 22, Johnson gained 39 positions to lead Team Benik to a third-place podium result.

Returning to the track Sunday, it was Kai Johnson who once again led Team Benik when the final checkered flag flew as he crossed the stripe in fourth, to claim his second top-five result of the weekend. Romero was able to finish his weekend in 12th while Royce Vega and Troy Ferguson would run into some bad luck and finish in undeserved positions. 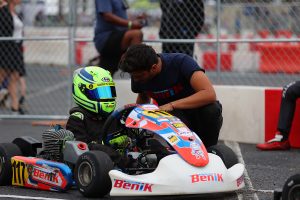 The very next weekend Team Benik traveled north in Florida to St. Petersburg where they took on the tight confines of the barrier-lined circuit during the opening round of the Florida Winter Tour. With four drivers in the Mini ROK division, plenty of top-ten results were had in the heat races including race wins and pole position for Kai Johnson.

Johnson led the way with a pole position and three heat race wins while Marco Romero finished fourth, third and third in his heat races. Three Team Benik drivers were in the top-five with Tyrone Kemper Jr. in fifth while Royce Vega was ninth after the heats. A positive result for Jonson and Romero in the prefinal as a one – two finish locked up the front row for Sunday’s main event while Vega and Kemper suffered issues and were forced to start at the tail of the field for the final.

Johnson led Sunday’s main event early and looked to be the driver to beat until an engine issue saw him suddenly slow while in the lead. Recovering to finish fourth, it was a disappointing end to such a dominant weekend. Romero, who started second and ran second behind Johnson for the opening lap, pushed a little too hard on the final corner early in the race and touched the barrier. Damaging his Team Benik ride, Romero was forced to retire from a potential podium position. A few laps later Vega was sent to the sidelines after contact while Kemper gained nine positions to end his weekend eleventh. Ava Dobson was also competing in St. Pete and progressed through the heat races nicely, gaining experience along the way. Sunday saw a huge improvement for Dobson as a drive forward in the KA100 Junior main event netted a top-ten result. 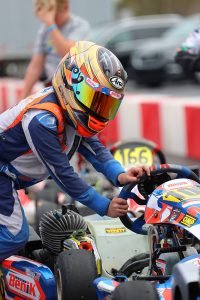 Looking to add drivers to their program for the 2023 season, Team Benik has opportunities available.