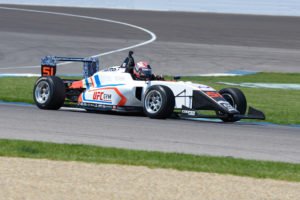 Skipping the Lucas Oil Raceway Oval event at the end of May, Team BENIK will return to the Cooper Tires USF2000 Championship Powered by Mazda this weekend in Elkhart Lake, Wisconsin. Taking on the famed Road America circuit alongside the complete Mazda Road to Indy program and the Verizon IndyCar Series, Team BENIK will enter Sabré Cook and Michael d’Orlando in their quest for race wins and podium results at the picturesque facility.

“We took an early decision to miss the oval round as our drivers are tighter on budget than some other series drivers and we wanted to maximize their progress by focusing on road courses for the remainder of the season,” explained Team Principal Nick Mitchell. “After a good day at Roebling Road at the start of June and the Series Test last weekend at Road America, our team and drivers seemed to have made the most of the on track days and showed some strong form last week at the official test. We are excited for the weekend coming although we remain focused on moving further towards the front of the pack.”

While Team BENIK is still a relatively new outfit and both d’Orlando and Cook being in their rookie season in the Cooper Tires USF2000 Championship Powered by Mazda, the trio is learning with each passing lap all while gaining knowledge and experience along the way. 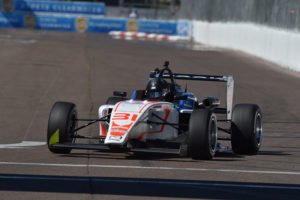 “I’m really excited to be back with Team BENIK for rounds six and seven of the Mazda Road to Indy at Road America,” expressed d’Orlando. “I have been home studying for finals and now that school is finished I can now fully focus on racing. The test last week went really well and I’m looking forward to this next USF2000 weekend.”

Cook added, “I’m really pleased with our progress since the beginning of the season as a team. Dan at BENIK has given us a really good car, and now it’s just up to us to maximize our potential and minimize mistakes. The test at Road America I think showed some of the team’s hard work finally coming together, and I feel positive that we will continue that upward progression come race time this week.”

Competing alongside the Pirelli World Challenge, Verizon IndyCar Series and complete Mazda Road to Indy program, Team BENIK will kick off the action-packed weekend this coming Friday with one practice session and two qualifying sessions. Wheel-to-wheel action will begin on Saturday with round six taking place in the early afternoon while round seven will commence first thing Sunday morning, just ahead of both the Indy Lights Presented by Cooper Tires and Verizon IndyCar Series races.

For more information on BENIK, please contact Nick Mitchell via e-mail to Info@Benik-Kart.com or by phone at 754.206.4870.