In a challenging portion of the 2016 schedule, Team BENIK took it all in stride as they competed in two different national series in two different states in the past two weeks. First doing battle at the USA International Raceway (USAIR) in Shawano, Wisconsin in the United States Pro Kart Series (USPKS), the Florida based team would then pack up and travel to Tooele, Utah for the second round of the US Open program at the Utah Motorsports Campus.

“What a great few weeks for our drivers and the BENIK brand,” explained company Co-Founder Nick Mitchell. “We were able to claim four wins and seven podiums in Wisconsin and then followed it up with another main event victory and podium in Utah. This is a true testament to the hard work that has gone into the entire BENIK program.” 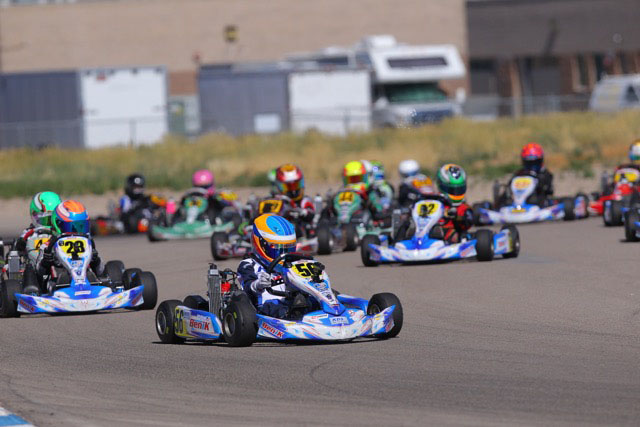 In Northern Wisconsin, the BENIK brigade was front and center in the IAME Mini Swift class claiming the first four positions in Saturday morning’s qualifying session. Led by Tyler Maxson, three fellow BENIK teammates in Reece Gold, Zane Maloney and Devin Gomez would sweep the top four starting spots. Progressing through the heat races and onwards to the final checkered flag, Gold came out on top as the main event winner followed closely by Maxson putting the BENIK drivers one and two.
Sunday would see an even better day for the brand as Reece Gold would start the morning off with a pole position run while Gomez would end the timed session in second. All would go well in the day’s main event as the BENIK drivers lined up and swept the top five positions. Gold would claim his second victory of the weekend while Maxson would end his weekend with another second place result. Elio Giovane would improve throughout the day to stand on the podium in third while Maloney and Gomez rounded out the top five. 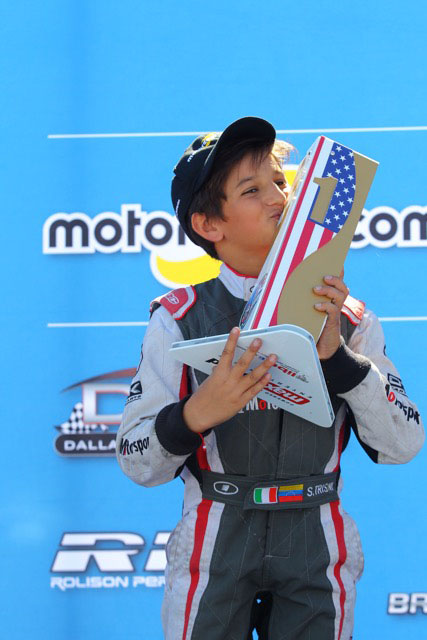 With no break in the schedule, the BENIK team would try and outrun the sun to Utah for the second round of the Sofina Foods US Open. With a slightly different format that would see one qualifying session, four heat races and one main event to determine the overall winner of the weekend, all drivers focused on Sunday to ensure they had the necessary speed to stand atop the podium.

After qualifying and running through the heat race format, multiple BENIK drivers would have their turn on the point as the brand swept the heat races all together in the Rotax Micro MAX division. On Sunday, a fierce battle between four drivers and some contact on the final circuit saw Santiago Trisini sneak by to claim his first career US Open victory while championship point leader Diego LaRoque would cross the line in a strong second. Carson Morgan, one of the BENIK front runners throughout the weekend who led the start of the final circuit on Sunday, ended his on track competition in fourth but would be relegated back to fifth after a post race penalty for an on track incident.

Mitchell continued, “So far in the two US Open rounds, a BENIK Kart driver has been on top in each of the two qualifying sessions, eight heat races and two main events.”

One Team BENIK driver would be entered in the Rotax Junior class as Manuel Sulaiman would make a name for himself from the first official session. Showing speed in Friday afternoon’s qualifying run, Sulaiman, who utilized a Kosmic chassis, secured the pole position. In Sunday’s main event, the talented driver started outside the front row and after battling in the lead group all race long, would be involved in an unfortunate incident with two laps remaining as he made his bid for the lead. 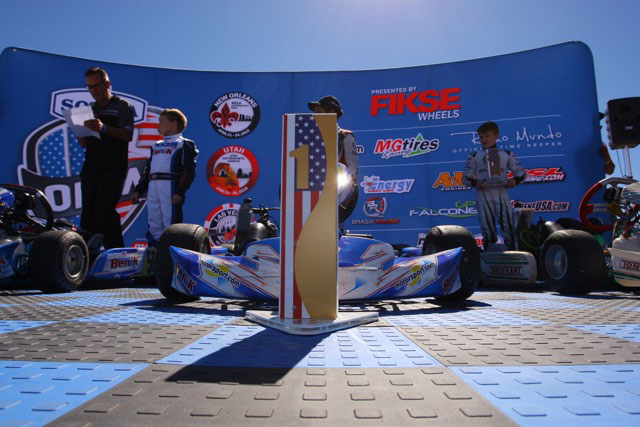 Looking to progress drivers into the junior ranks from the Micro and Mini ranks as well as onwards and upwards to the BENIK/Carlin car program, Sulaiman is a perfect example of what the future holds for Team BENIK.

Team BENIK will contest in this coming weekend’s ROK Cup Midwest program at Pittsburgh International Raceway before traveling to Mooresville, North Carolina for the next round of the United States Pro Kart Series.

For more information on BENIK Kart, please contact Nick Mitchell or Ben Cruttenden via e-mail to Info@Benik-Kart.com or by phone at 754.206.4870. For all West Coast Sales, please contact Nash Motorsportz at 951.233.3431 or via email to nashmotorsportz@yahoo.com or through their Facebook. Kartworkz is also an authorized BENIK Kart dealer and will be servicing the Northeast region of the country. Please visit them online at www.Kartworkz.com, or contact Jerry White at 570.237.1095.