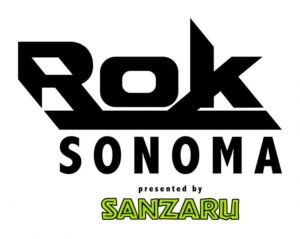 With six drivers finishing in the top-ten in the Vortex ROK GP Senior division, SwedeTech Racing Engines powered drivers swept the podium. Bijoy Garg scored the win with Michael Avansino crossing the line in second. Ryan Tate rounded out the podium in the third position with Clayton Ketcher in fourth. Christopher Martin ended his weekend in sixth with Alejandro Marquez following closely behind in seventh, as 87% of the ROK GP Senior drivers utilized SwedeTech Racing Engines prepared powerplants.

“We service engines for all drivers in every class and on any make,” explained Jason Berry. “At Sonoma, we were working with brands such as OTK, Sodi, Formula K, and Birel and with teams including SpeedSense, Valverde Racing, All Star Karting, The Karting Collective, Leading Edge Motorsports, KartSpeed Motorsports, Phenom Motorsports and Driving Ambition. We want to make sure our customers have the best possible chance to stand on the podium at every single event.”

Another win on the weekend came from ROK Masters driver John Breidinger as he scored his fifth win of the season. Following in his success, William Ferguson topped the blocks in the ROK Junior class as Eddie Shimmon and Cole Gamma claimed fourth and seventh place finishes respectively.

Zachary Pettinichi added another win to the SwedeTech Racing Engines resume as he climbed the ROK Shifter Senior podium steps all the way to the top while Alejandro Marquez joined him in the celebration with a second place finish. Jeff Smith secured a third place finish in the ROK Shifter Masters class while Michael Guasch narrowly missed out on a top-five to end his weekend in sixth. In the Vortex ROK Shifter Junior class, Seth Huntley added a second place finish with Cole Shade coming home in fourth. Allen Miller competed in the Honda CR80 Masters class and finished fourth on the weekend.

Berry continued, “We always appreciate the opportunity to supply racers with elite engine services and look forward to all of our events. Catch us this weekend at the Superkarts! USA SummerNationals in New Castle, Indiana before heading to the Northern California Karters Road Race Event at Thunderhill in Willows, California.”

In other news, SwedeTech Racing Engines has expanded their online shopping cart with Vortex related products to meet the needs of the karting community. https://shopswedetech.com/manufacturers.php?manufacturerid=22

It is a growing section and parts will be added as demand dictates. As usual, SwedeTech has most replacement parts in stock for many makes of engines.