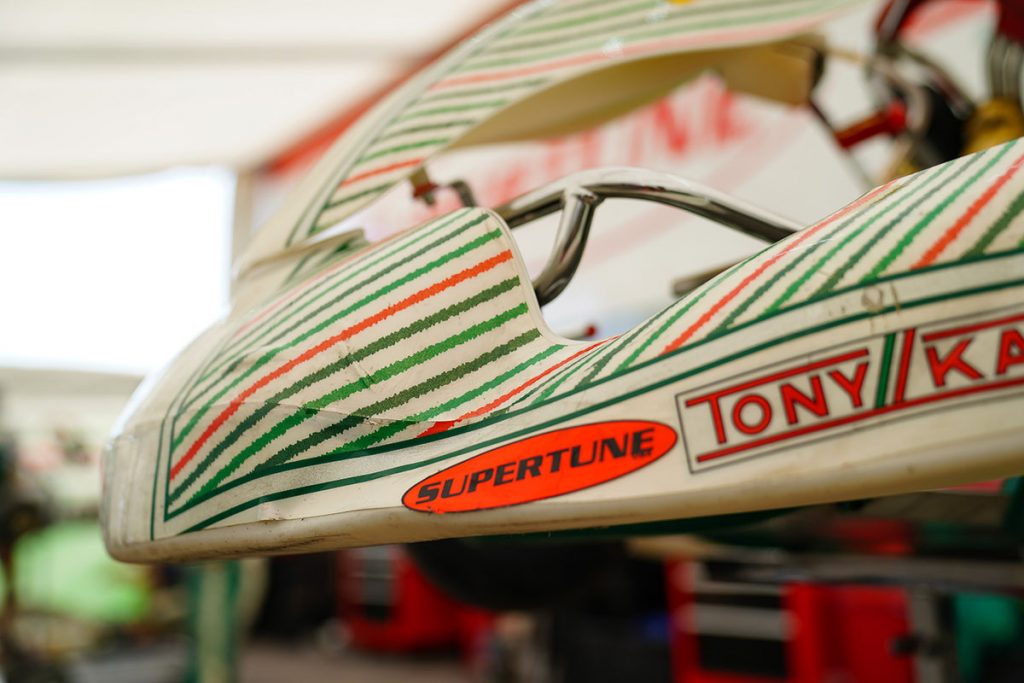 It was the final round of the Superkarts! USA (SKUSA) Winter Series and it was a weekend full of top-ten results for Indianapolis based Supertune USA. With seven Tony Kart branded drivers making the trek to the AMR Motorplex on the grounds of the Homestead-Miami Speedway, Supertune walked away with seven top-ten results and one pole position with the strongest finishes coming in the Mini Swift and KA100 Senior classes.

Supertune newcomer Peyton Phillips led the team on the results sheets over the weekend as he converted Saturday’s sixth place qualifying effort into a fourth-place finish in the prefinal. Looking to earn a podium result in the main event crossing the line in third, Phillips was hit with a track limits penalty that pushed him down to seventh in the final results. Sunday was a near carbon copy for Phillips, just a few positions higher in qualifying and the prefinal as he scored the fourth fastest lap of the timed session before finishing second in the prefinal. Hit with a track limits penalty again after the main event checkered flag, Phillips was pushed back to eighth but score two of Supertune’s top-ten results.

In the Mini Swift ranks it was Asher Ochstein who overcame a 17th place result on Saturday in the dry to take the Sunday morning pole position when wet weather moved into the area. The pole position turned into a second-place finish in the prefinal and with a hard charging field of Minis behind him all looking for the win, Ochstein would put up a valiant effort and close his weekend with a sixth-place result. Gianmatteo Rosseau joined Supertune in Homestead and was consistently in the top-ten throughout the weekend. Finishing tenth in Saturday’s final, Rosseau overcame a disappointing 25th place qualifying result Sunday to earn P12 when the final checkered flag flew.

In the X30 Junior ranks Diego Ardiles scored himself a top-ten result on Sunday while John Burke and Noah Baker ran in the top-ten on occasion but failed to produce the results that they deserved with Baker earning the best finish between the two in eighth on Saturday.

KA100 Junior driver Diego Guiot improved in every on-track session on Saturday as he qualified 13th, finished tenth in the prefinal, and pushed his way to a fifth-place result in the main event. While Sunday did not go the way the youngster had planned, Guiot proved that he can fight with some of the best KA100 Junior drivers in the country on any given weekend.

With no time off, Supertune and their strong contingent of drivers will be back in action this weekend at the ROK Cup USA Florida Winter Tour at Tropicana Field in St. Petersburg.

Are you looking to join Supertune for March events in Florida? For more information on Supertune, race team opportunities in 2022, OTK product sales, or engine and dyno services, please contact Ben Cruttenden at 317.900.3141 or via email to Ben@Supertune.us.