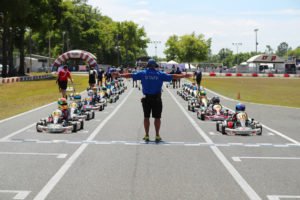 With race wins in all major karting championships they have competed in dating back to their inception in mid-2018, Supertune continued their success this past weekend at the final round of the ROK Cup USA Florida Winter Tour. With only a small, but manageable number of five Tony Kart drivers under the team tent, Supertune closed the winter karting season with three podium finishes, one victory and the title of Vortex Mini ROK Champion with team driver Kai Sorensen.

It was a perfect weekend for Supertune drivers in the Vortex Mini ROK class as Kai Sorensen claimed the pole position, two heat race wins, prefinal win and main event victory. The only heat race that Sorensen was not on top was claimed by Supertune teammate Anderson Leonard.

“It has been a great few months for Kai,” expressed Team Owner Ben Cruttenden. “When everything has been perfect, we have dominated and have consistently been at the front of the field despite the engine platform and the brand of tire. We have a solid trio of Mini ROK drivers and showed that this weekend.”

After claiming a 1 – 2 – 3 qualifying effort on Friday, Sorensen, Leonard and Jorge Ortiz scored three Mini ROK heat race wins, two second place results, two third place results along with one fourth and one sixth place finish. Never running outside the top-six, the three Supertune / Tony Kart branded drivers all finished in the top-five with Sorensen taking the win, Leonard in third and Ortiz rounding out the top-five in fifth.

After the championship points were calculated and Sorensen declared the champion, he received his invitation to join Team USA at the ROK International Final in Italy later this year while Vice Champion Anderson Leonard garnered an entry to the ROK the RIO event in Las Vegas in November. 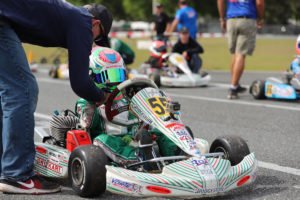 Female driver Karsyn Walters was another model of consistency in the Vortex Micro ROK class as her third place qualifying effort transformed into third, second and second place results in the three heat races. A pair of second place results in the prefinal and final secured a Vice Championship for the rookie driver and another an entry to the ROK the RIO event in Las Vegas.

Marco Romero joined Supertune for this past weekend’s event and was consistently in the top-ten until Sunday’s main event. After finishing between sixth and ninth in all three heat races, Romero started Sunday’s main event from inside row five. Working hard to match the pace of his Micro ROK competitors, Romero closed his weekend with an eleventh place result.

Cruttenden continued, “We will now shift our focus to the World Karting Association and United States Pro Kart Series programs as well as future ROK Cup USA events. We have a few openings for upcoming events and invite interested drivers to contact us for testing and race opportunities.”