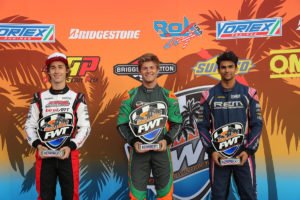 Competing at a new venue for 2019, PSL Karting and their BirelART North America dealer network traveled to Miami Gardens, Florida for the opening round of the ROK Cup USA Florida Winter Tour. Taking on a temporary circuit adjacent to the Miami Hard Rock Stadium, home of the Super Bowl Champion Miami Dolphins, the team dubbed the Red Army walked away with one win, four podium results and more experience to utilize as they march forward in their 2019 race program.

“We had some good results and some solid finishes, but we had several drivers with strong runs that did not produce any results due to some bad racing luck,” explained Dominic Labrecque following the event. “Despite the finishes, I would like to send an extra special thank you and congratulatory note to all of our dealers for a successful start to the 2019 season.” 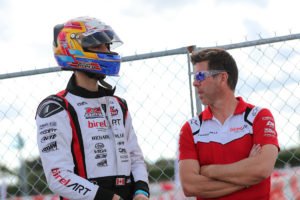 In the ROK Senior category, Arthur Leist overcame a three-second bumper penalty and fifth place result in heat two and marched forward for the rest of the weekend. As one of the drivers to beat, Leist drove to a solid second place result, a great start to his 2019 Florida Winter Tour campaign. A similar result was produced by Canadian and Prime Power Team driver Mackenzie Clark in the ROK Junior division, as a fourth place result in heat two turned into a third place finish in heat three before he managed to secure the second step of the podium in the main event. A great drive in a stout field of drivers, Clark provided Prime Power Team, PSL Karting and BirelART North America another podium finish. 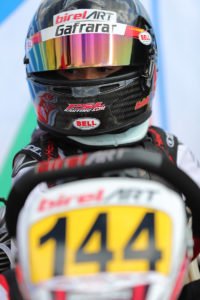 The strongest results of the BirelART North America effort looked as if they would come from the ROK Shifter drivers as Davide Greco and Mathias Ramirez ran at the pointy end of the field throughout the weekend. Ramirez scored a third place result in the second heat race but an unfortunate DNF in heat three would force him to start mid-pack for the weekend’s main event. Circulating the temporary circuit four-tenths of a second per lap faster than the leader, Ramirez was making a bid for the second position before he was taken out of contention due to contact. Greco was equally as impressive as Ramirez as his fourth and third place results in heats two and three would set him up for a solid starting position in the main event, and a shot at a podium finish. An unfortunate missed start relegated Greco down the running order and to the tail of the field before he rallied back up to an eighth place result en route to the fastest lap of the main event.

BirelART newcomer and Vortex Mini ROK driver Caleb Gafrarar drove like a seasoned veteran in his main event coming from the fifteenth position to claim a top-five result. After a couple of top-ten results in the heat races, and a DNF due to an engine failure, Gafrarar drove through the field to secure a fifth place finish for PSL Karting.

Prime Power Team pilot Jordan Prior would be the driver to beat in the Briggs & Stratton 206 Senior division as he put it together when it counted on Sunday. Hovering inside the top-five through the heat races, Prior drove to the front of the field, claimed the checkers and topped the podium blocks at the conclusion of Sunday’s main event. Michael Aubin progressively moved his way forward throughout the weekend as eighth and sixth place results turned into a third place podium finish on Sunday, putting a pair of BirelART North America drivers on the podium in 206 Senior. Callum Baxter secured a fourth place result in 206 Junior after starting outside row five in the tenth position. 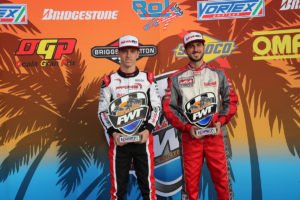 Interested in being part of the growing BirelART North American dealer network or running your own local, regional or national level race team? Looking to utilize and sell the BirelART product line? Want to take advantage of industry and chassis knowledge? Contact PSL Karting today!

For more information on the PSL Karting / BirelART North America Race Team, and how to join them for your 2019 racing program, please contact Dominic@PSLKarting.com.