The final round of the United States Pro Kart Series (USPKS) brought another strong performance for the Indianapolis based Top Kart USA team. The final round of USPKS took place September 9-11 at Pittsburgh International Race Complex. Bringing home three wins and a championship was a great way for the team to bring their season to a close.

Top Kart driver Kaden Wharff dominated every session over the weekend in Yamaha Sportsman. Wharff qualified on pole both days, and then proceeded to sweep the heats and main events, taking the win on both days. These wins helped him clinch the second place spot in the championship for the season. 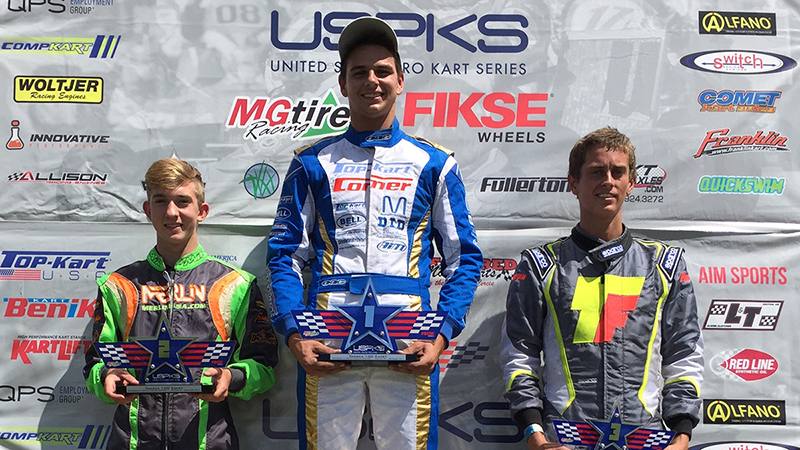 “We are very proud of Kaden’s success this past weekend. His determination to win and be successful is very important to him, and he did just that. Finishing the USPKS series in second place does not show all the success he had throughout the season, winning six of the eight finals and 10 of the 15 heat races,” said Tonja Wharff, Kaden Wharff’s mother. “We would like to say thank you to Top Kart USA for their continued trackside support, encouragement and great chassis; Brandon Jenkins with Allison Racing Engines for the power behind the kart; our tuner Tim Shutt for working not only in the kart but with Kaden to be a better driver; Mike Tetreault with Grand Products, and our family and friends that are always cheering us on from near and far.”

In Pro IAME Senior, driver Abby McLaughlin was injured in Saturday’s prefinal race, resulting in her having to forfeit Sunday’s event. Teammate Calvin Stewart would pilot her kart for Sunday’s event. Having little practice time in the kart and a starting position at the back of the pack, Stewart managed to work his way through the field. While sitting at a mid-pack position during the final with the ability to continue moving through the field, a reed broke, causing Stewart to end the final with a DNF.

In Yamaha Senior, Top Kart driver Dakota Pesek showed strong results both days. On Saturday, Pesek finished fourth in the final. Disappointed with his results, Pesek came back on Sunday wanting more. His determination and hard work led him to take home the win in Sunday’s final event. These two strong finishes gave him the points he needed to clinch the Yamaha Senior championship for the 2016 USPKS series. 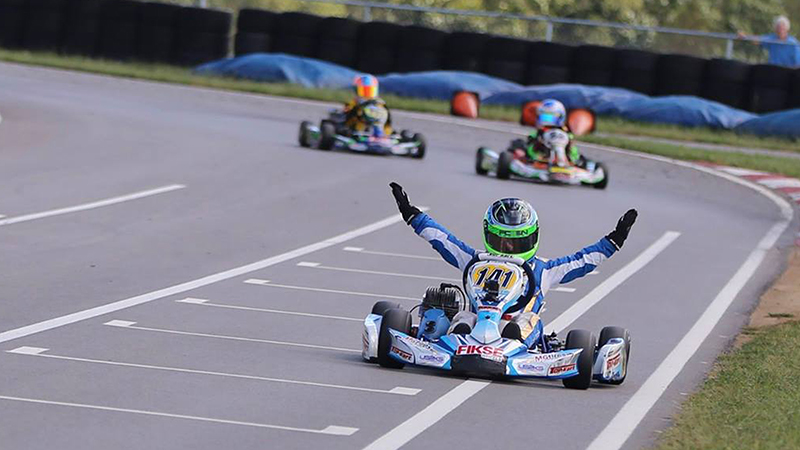 “Going into the last race of the season leading the points with a pretty good margin definitely helped us Saturday. We struggled with the setup but still managed a fourth place. Sunday was a whole new story as we came out on top not just in the final, but the team and I brought home the 2016 championship!” said driver Dakota Pesek. “I would like to thank all of the people who have helped me achieve this award. A huge thanks to Woltjer Racing Engines, Top Kart USA and the McLaughlin Family, my father Kevin, Steven Laws, and all of my friends and fans for supporting me!”

“As the season has come to an end with our last stop for USPKS at Pittsburgh International Race Complex, we had a successful weekend overall for our team.” stated Bill McLaughlin Jr., CEO of Top Kart USA. “Earning three total wins on conclusion of the weekend and wrapping up another championship is an addition to our already stout resume. We thank all of the families and drivers who support the Top Kart product line for your hard work and efforts at the race event this weekend and all year.”