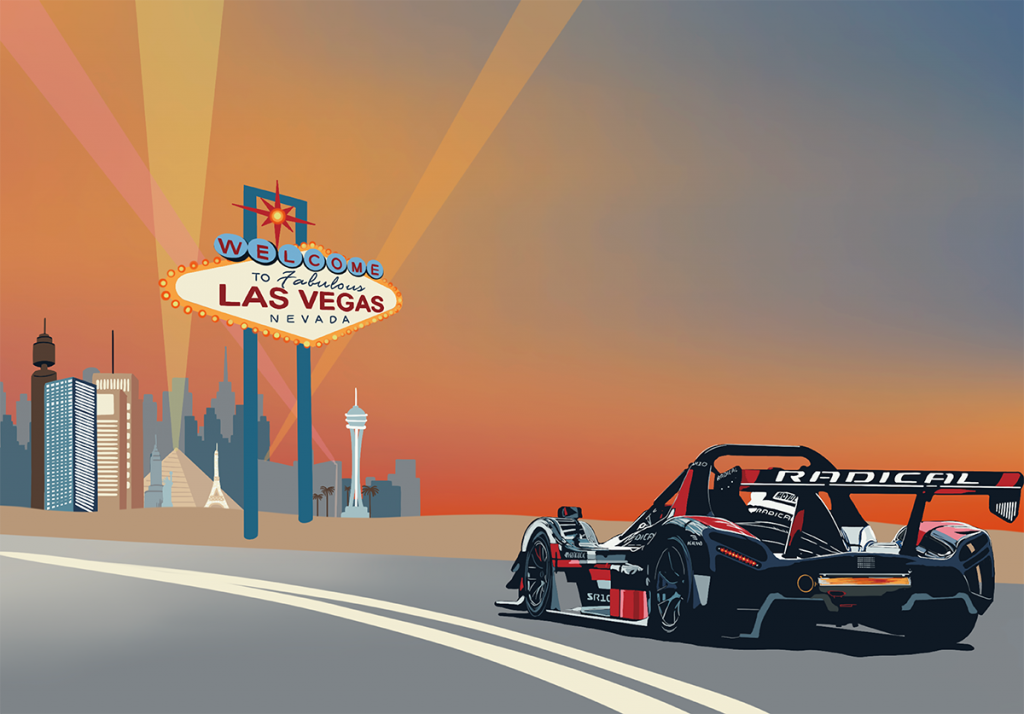 “As with any inaugural event, this has been a huge undertaking, so we’re delighted with the caliber and quantity of drivers taking part,” expressed Radical’s Global Motorsport Director Tom Drewer. “We could not put on an event of this magnitude without the support of our teams, competitors, and partners, including Hankook Tires who stepped up to the plate to be the presenting sponsor, and our longest dealer partner, Spring Mountain Motor Resort and Country Club who are hosting the racing on their new world-class Charleston Peak circuit. We can’t wait to get what will be an annual occurrence underway, the first Radical World Finals.”

With practice beginning on Thursday, heat races throughout the rest of the week and the final race on Sunday, Radical Motorsport will crown three World Champions at an Awards Gala that evening on the famous Las Vegas Strip at none other than Caesars Palace.

Intrax Suspension Technology, a long-time partner of Radical Motorsport, will be awarding the top three finishers in each class final a $1,000 prize to spend on Intrax products.

Platinum
The Platinum class will bring together a group of drivers who will compete in the fastest of the Radical divisions offered over the weekend. Driving for British team Valour Racing, newly crowned UK SR1 Cup champion Daryl DeLeon will have his first-ever taste of Radical SR10 machinery. The Filipino young gun is up against ex-American Le Mans Series driver Jon Field (One Motorsports), who won in the final round of the Blue Marble Radical Cup at Sonoma just two weeks ago, along with two Radical Cup North American Platinum title holders, Esses Racing’s Judd Miller (2019) and One Motorsports driver Indy Al Miller (2021). The field is further strengthened by 2017 Radical European Masters champ Jim Booth (Wisko Racing), along with Esses Racing’s Scott Wagner. Dave Tweedlie (RYNO Racing) will pilot the only SR8 in the class otherwise dominated by the 420hp, 380lb-ft turbocharged 4-cylinder SR10s.

Pro 1500
The largest field on the weekend is Pro 1500 as 18 drivers representing five different nationalities hit the track. Wisko Racing will enter a pair of drivers including 2021 Radical Cup North America champion Gustavo Rafols as well as USF2000 driver and former multi-time karting champion Danny Dyszelski. Indy Lights race winner and INDYCAR hopeful Toby Sowery will represent the UK with Valour Racing alongside Chinese driver Jack Yang. Racing out of the One Motorsport camp will be the always-fast Gregg Gorski who is fresh off a pole position and podium result at Sonoma Raceway, as well as Alain Derzie and Will Lin. Esses Racing’s Kent Myers will be the sole team driver in the Pro 1500 class as freshly crowned North American champ Palmer Miller is forced to miss the race due to university obligations and Group-A Racing enters Ari Straus, the father of Aurora Straus, who became the first female driver to win in American Radical competition at Sonoma. Eight drivers will race under the Spring Mountain Racing banner, led by 2013 Radical Cup North American Pro 1500 champion Tony Bullock. Along with Bullock, Miguel Grillo, Tanner and Darrin Harvey, Jon Hirshberg, Nick Groat, and Todd Snyder will be hoping they have a home track advantage.