SPIELBERG, AUSTRIA AND THE RED BULL RING NOT KIND TO JUAN MANUEL CORREA 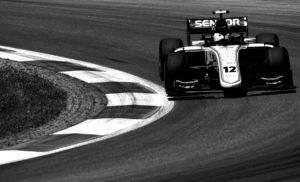 “We had a very tough qualifying session on Friday and that set the tone for the weekend,” explained Correa. “It was very disappointing because we had good pace with the first set of tires and with only a slight improvement, could have been in the top five with the second set.”

With tire degradation an issue over the entire race weekend for not only Correa, but a lot of the FIA Formula 2 drivers, Correa showed decent race pace, but fell victim to lack of grip later on in both Saturday and Sunday’s feature races.

“We need to get on top of the tires more as I think we have a minor issue there, and that is compounded more when the laps continue on and the races draw to a close.”

Aiming for a point scoring position after starting from the seventh row in round eleven, the young American ended the first battle of the weekend in P11. Unable to advance forward any further to take advantage of the inverted top eight grid for Sunday’s race, Correa started round twelve from the eleventh position with the hope of points come the final checkered flag.

Back on track Sunday and moving into the top ten early, Correa marched his way forward to the eighth position and was looking for more. As the race wore on and his tires began to fall off, the Sauber Junior Driver lost a pair of positions before a late race caution ended any chance to move forward. 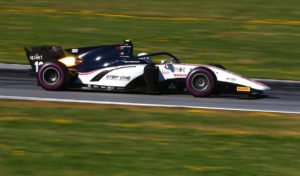 “The past two days of racing is not what we wanted. We did not have really good tire management in race one, and we tried to improve that overnight with changes to the car but it is something that we need to look into to improve as we move on in the season,” explained Correa. “Pretty disappointed leaving the weekend with no points. It was definitely a good experience to have a race with so much tire degradation to continue to learn and get that needed experience, which I am sure will be helpful in the future. Now we just have to analyze the weekend, improve the points we need to improve and go on to Silverstone in two weeks with an open mind, motivated and we have to keep on pushing.”

The next event on the FIA Formula 2 calendar is less than two weeks away over the July 12 – 14 weekend in Silverstone. Visit www.FIAFormula2.com or follow the Juan Manuel Correa social media pages for photos, results, news and information leading up to the event weekend.