“It was a great two weeks in Ocala,” explained Team Owner Mike Speed. “We left the Superkarts! USA (SKUSA) Pro Tour with a strong performance and carried the momentum into the final rounds of the Florida Winter Tour.” 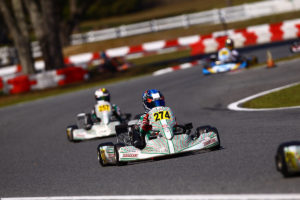 Tyler Gonzalez was unstoppable in the month of March. First tackling the tough field of X30 Juniors for the SKUSA Pro Tour at NOLA Motorsports Park where he was victorious on the second of two races, the Floridian pilot returned to Ocala where he secured both the Vortex ROK Junior and Rotax Junior race wins. Along with the victories, Gonzalez secured both titles and invitations to join Team USA at the ROK International Final in Italy and the Rotax MAX Challenge Grand Finals in Portugal later this year.

Kyffin Simpson secured his first career Florida Winter Tour victory in the Rotax Mini MAX division this past Sunday. Pacing himself throughout the three heat races and prefinal, Simpson really poured it on in the final taking the lead just past the mid-race distance and never looking back. Taking the biggest win of his karting career, Simpson also secured the third position on the championship podium. 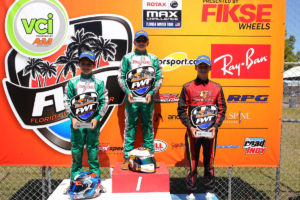 Alex Powell left the Ocala Gran Prix facility with a pair of podium results including second place finishes in Vortex Micro ROK and Rotax Micro MAX. The up and coming competitor looked poised to claim his first career FWT victory during the ROK Cup weekend before rain would hinder his chances. Gaining experience and showing his wet weather abilities, Powell was able to hold on to a solid second place result.

Paul Bocuse continued his constant and steady improvement throughout the weeks of competition as he ran towards the pointy end of the field. Gaining speed with each and every passing weekend, the youngster is now in the position to fight for race wins and podium results as the 2017 season enters the second quarter.

The team’s next stop is at round four of the ROK Cup USA Championship at the Orlando Kart Center before traveling west to Sonoma Raceway for rounds three and four of the SuperKarts! USA (SKUSA) Pro Tour. For more information please contact Mike Speed at speedconceptsracing@gmail.com.