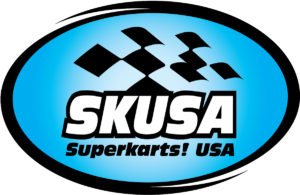 After impressive results at the opening round of the Superkarts! USA (SKUSA) Pro Tour and a dominating start to the 2018 United States Pro Kart Series (USPKS), Speed Concepts Racing is ready to head across the country to Phoenix, Arizona. Set to enter seven drivers in the prestigious SpringNationals at the PKRA facility in Phoenix, Arizona, the elite level karting program hopes to carry the success from the first quarter of the season.

“We enter the SpringNationals with a stout field of drivers that all have the chance at victory,” explained Team Owner Mike Speed. “With the drivers in our program, our top level mechanics and coaching program as well as a data and video analysis program that is second to none, we hope to turn our preparation into success in Phoenix.”

Four drivers will fly the Speed Concepts Racing colors in X30 Junior as Justin Arseneau, Tyler Gonzalez and Kyffin Simpson return to the team and will be joined by newcomer Luke Lange. Gonzalez and Simpson come off a dominating weekend at the opening round of the USPKS program as the duo led each and every official on track session throughout the weekend. Claiming two pole positions, three heat race wins, two main event victories and four podiums, the Speed Concepts Racing junior program was the class of the field.

Arseneau, one of Canada’s quickest junior drivers, will be back for another attempt at a SKUSA victory. After having a career weekend at the WinterNationals at NOLA Motorsports Park, Arseneau looks to continue his progression and gain experience all while fighting for podium results. Luke Lange will make his Speed Concepts Racing debut in Phoenix as he joins a powerful junior operation. Set to take advantage of one of the best technologically advanced programs in karting, Lange will join the professional environment with long-time driver coach and former karting champion, Louie Pagano. Entering the event with the goal to learn throughout the weekend and make a run for results during both Saturday and Sunday’s main events, Lange will enter one of the most powerful junior programs in all of North American karting.

The Speed Concepts Racing trio of Noah Baker, Paul Bocuse and Alex Powell will be back in action in Phoenix after some solid results in Ocala’s USPKS round. Bocuse was victorious during Sunday’s main event while Alex Powell claimed a pole position, two heat race wins and a third place podium result. Texan Noah Baker secured a pair of top six results, narrowly missing the third step of the podium on Sunday. With their recent success and the building of confidence, the trio should be at the pointy end of the field in The Grand Canyon State.

Speed continued, “It is a long trek across the country, but we hope to make the trip home a little sweeter with some hardware.”